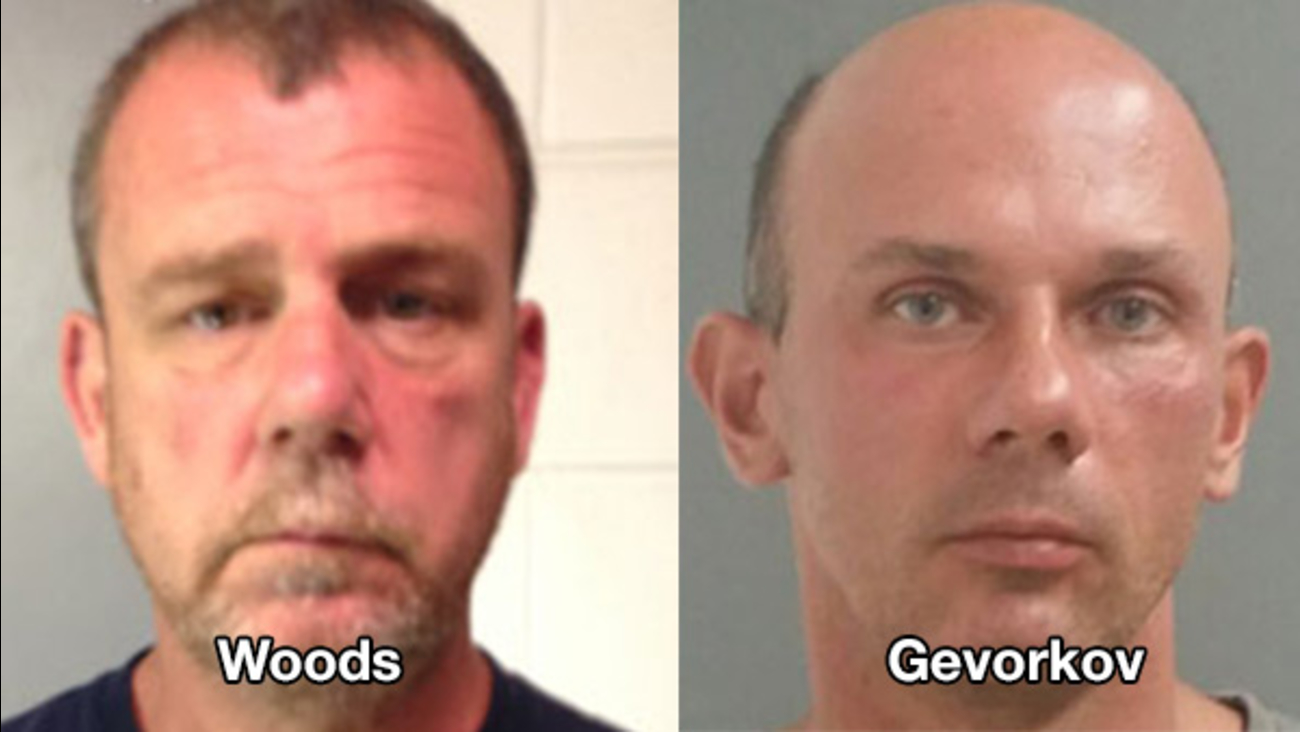 BENSALEM, Pa. (WPVI) -- Two men from Bucks County are among those arrested in the latest round of child pornography arrests by the Pennsylvania Attorney General's office.

The two suspects are identified as John C. Woods, 54, of Oriole Drive in Bensalem and Boris Gevorkov, 41, of Whitney Lane in Richboro.

Woods was arrested following the execution of a search warrant, in which a number of apparent child pornography files were found, the AG's office said. He is being held on $250,000 bail.

Gevorkov was also arrested after a search warrant was executed at his home. Investigators say they found a laptop and several other devices that contained apparently child pornography files. He is being held on $100,000 bail.

The rest of the suspects were identified as: