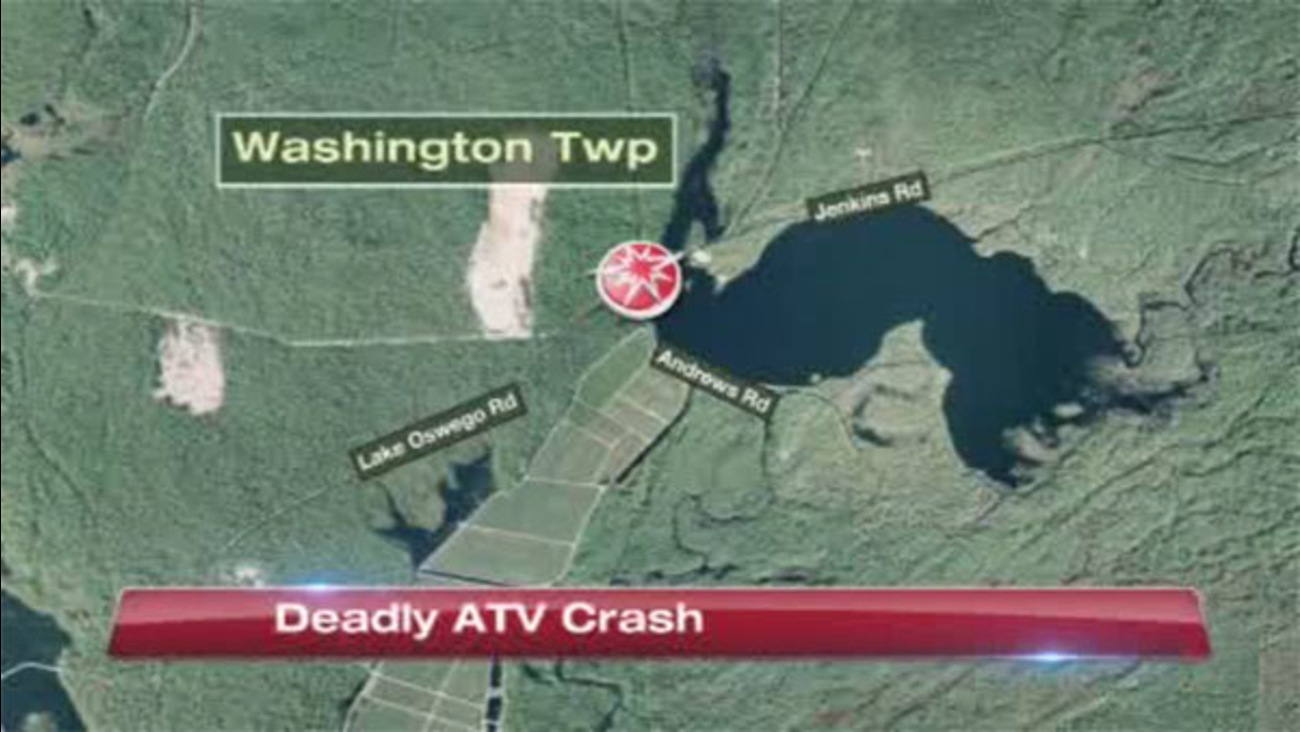 WASHINGTON TWP., N.J. -- A teen girl is dead and two other people were injured in an ATV accident in Washington Township, Burlington County.

It happened around 3:45 p.m. Saturday along Allen Road near Lake Oswego Road.

Police say a 13-year-old girl and a 24-year-old adult were riding separate ATVS when they collided.

Both were taken to Atlanticare Regional Medical Center where the teen girl was pronounced dead.

A male juvenile was also injured. He and the surviving adult are expected to survive.