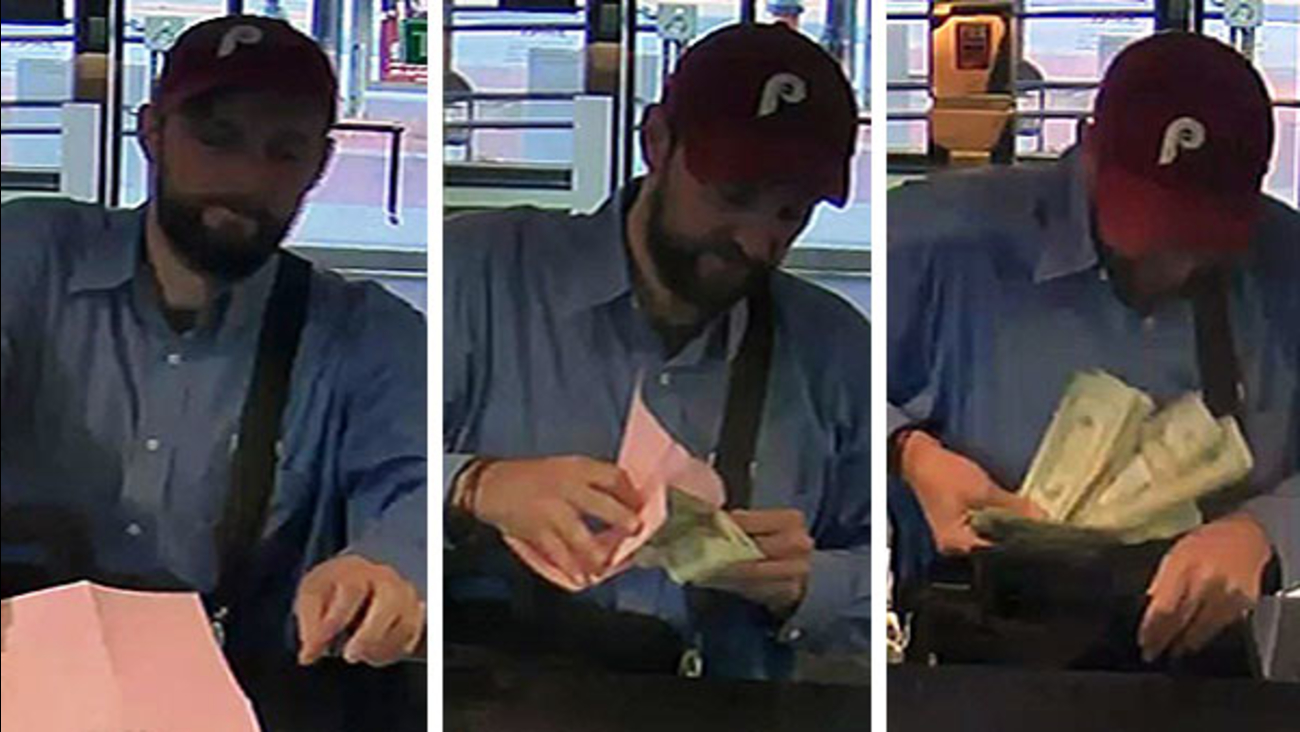 CENTER CITY -- Authorities are on the hunt for a bank bandit caught on camera robbing a TD Bank branch in Center City Philadelphia.

It happened at 7:57 a.m. Friday at the branch at 4th and Market Streets.

Police and the FBI says the suspect presented a demand note, then placed money given to him by the teller in a dark-colored messenger or shoulder bag and fled on foot.

Investigators believe he's the same man who robbed the TD Bank branch in the 100 block of South 11th Street at 6:45 p.m. Wednesday.

The suspect is described as a white man in his early 30s, 6' tall, with a beard and mustache, wearing a blue collared long-sleeved shirt and an old Phillies logo baseball cap.

Anyone with information about the suspect or either robbery is urged to call the FBI at 215-418-4000 or the Philadelphia Police Department at 911.