2 arrests as Black Lives Matter, others protest during Mummers Parade 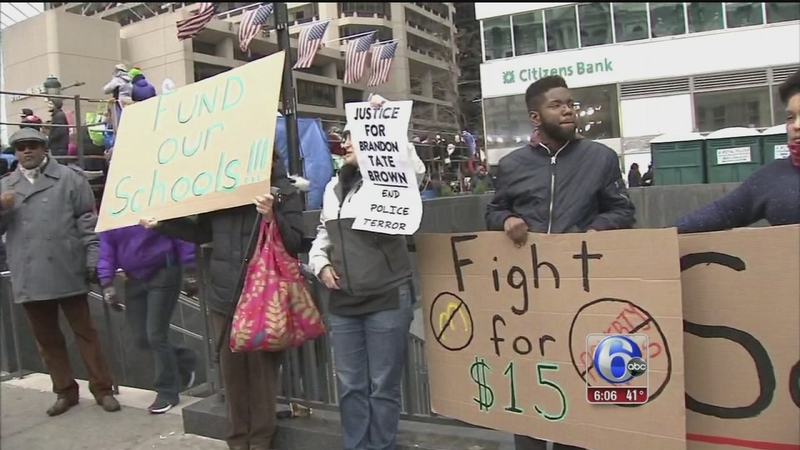 Chopper 6 HD was over the 200 block of South Broad Street as the arrests were made.

Police made two arrests during a protest staged during the Mummers Parade in Center City Philadelphia.

Both were among a group of about 50 demonstrators who staged a protest during the annual Mummers Parade.

The protesters formed up in groups north and south of the parade's televised performance area at 15th and Market Streets next to Philadelphia City Hall.

The demonstrators, including members of Black Lives Matter and the Coalition for REAL Justice, were protesting issues including police brutality, the public school funding crisis, minimum wage and military action in the Middle East.

In an earlier release, the demonstrators stated they targeted the Mummers Parade, claiming it has a history of racism.

Images from Chopper 6 HD showed a heavy police presence along the parade route.

Lines of foot and bicycle patrol officers were seen standing between some of the protesters and the street where the parade was taking place.