Boston Marathon runner finishes after 20 hours, says he 'did it for Boston' 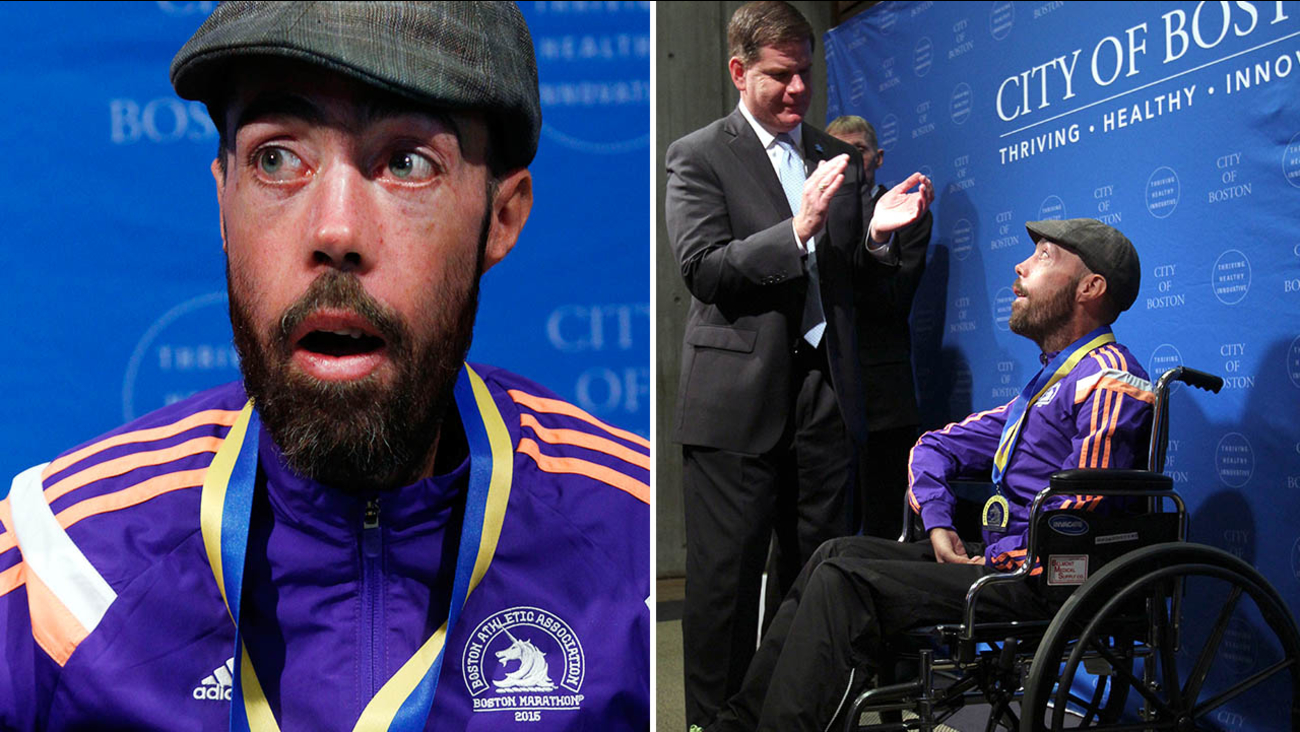 BOSTON -- A Venezuelan man with muscular dystrophy was honored at City Hall on April 21 after finishing the Boston Marathon race, enduring a downpour of rain, wind and cold over 20 hours.

Maickel Melamed, 39, was the last athlete to finish the 26.2 mile race, at about 5 a.m. on Tuesday, according to ABC affiliate WCVB. The race had started in the early morning on Monday.

The 39-year-old said he completed the marathon to give hope and inspiration to others. Melamed, who has a form of muscular dystrophy that severely impairs his mobility, praised Bostonians for embracing his efforts.

"After 20 hours of rain, wind and cold, Boston is still strong," Melamed said from a wheelchair, echoing the "Boston Strong" catchphrase that became the city's rally cry after the 2013 bombing at the finish line killed three people and injured over 260. "The whole city has been so helpful and so loving."

"The message here is that love is so much stronger than death," Melamed said. "It was an honor to the run the streets of this city."

Boston marks the fifth marathon Melamed has completed, though admitted it was more challening than his other marathons in Chicago, New York, Berlin and Tokyo. He said that Boston holds a special place in his heart because it's the very place where his parents brought him as a child for medical treatment.

Melamed and his team endured the worst weather: heavy rain, thunderstorms, icy wind and cold before being greeted at this finish line with dozens of friends and supporters.

"It was real tough," Melamed said. "Especially around mile 24. But my physical trainers came up with an amazing way to keep going. I'd rest 10 seconds, then (take) four to six steps. It was a real exciting way to finish."

"His story is truly one of inspiration," Mayor Marty Walsh said as he bestowed a medal to Melamed at a gathering with supporters and city officials.

At City Hall, Melamed said he completed the race to send a message. 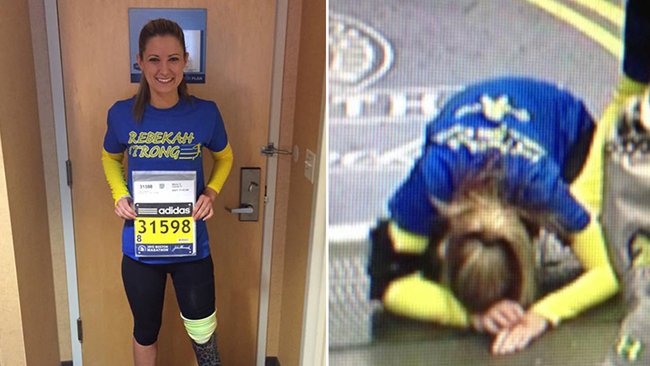