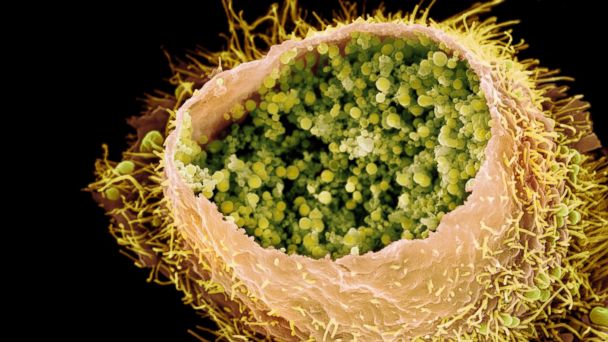 A Texas high school is in the middle of a chlamydia outbreak, officials say. But according to the school district's student handbook, it does not offer sexual education.

Several students in one Crane, Texas, school district contracted chlamydia, a sexually transmitted disease, according to a letter obtained by ABC News that went home to parents Monday. According to the letter, the surrounding counties were also in the middle of an outbreak.

"Crane Independent School District would like to make our parents aware or more aware of a problem that has been identified in our teenagers and young adults of our community," the letter reads.

Crane County has had three reported chlamydia cases in the last two weeks, but health workers have seven days to report them to the state, according to the Texas State Department of Health.

Most people with chlamydia have no symptoms, but some men and women can develop discharge, burning and tenderness, according to the NIH. In women, chlamydia can prompt pelvic inflammatory disease or liver inflammation. It can also make it harder for women to get pregnant.

The school does not have a sexual education program, according to Crane's student handbook for the 2014-15 school year, which is posted online.

"Currently, Crane ISD does not offer a curriculum in human sexuality," the handbook says, explaining that if it ever does institute such a program, the parent can opt out. According to the handbook, state law requires more attention must be spent on abstinence than other behavior.

The school district did not respond to a request by ABC News for comment beyond the letter.

Dr. Jennifer Ashton, a senior medical contributor for ABC News and practicing OBGYN, said half of her patients are women under 21 years old.

"The factual knowledge regarding [sexually transmitted infections] is generally poor," she said, adding that it prompted her to write a book, "The Body Scoop for Girls."

"Reproductive health or sex ed courses have enormous variability in their content and teaching approach. Factors such as geographic region, school district and teacher beliefs/comfort with this subject matter all come into play," Ashton noted.

"Abstinence only may sound ideal but it's not realistic," Ashton said. "And in theory, better education reduces adverse outcomes."