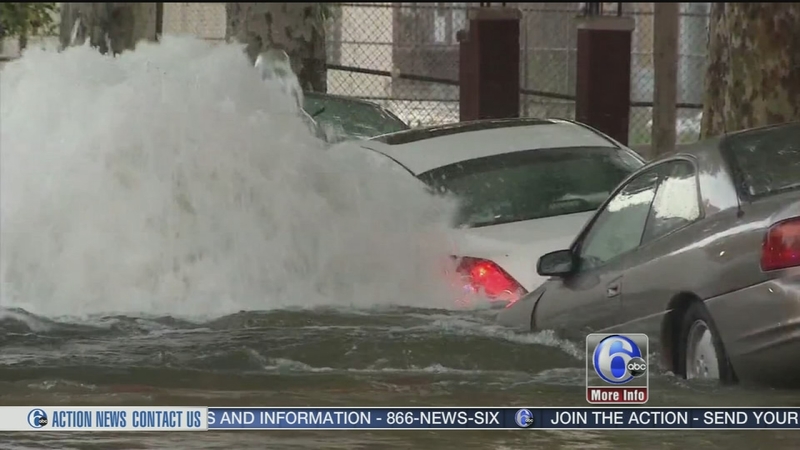 Most of the people near the 500 block of North 52nd Street were left temporarily displaced from their homes.

L&I officials inspected all 50 properties affected by the water main break and none of them have been deemed uninhabitable.

The thousands of gallons of water that flooded the street earlier Sunday had receded by mid-morning.

What remained was extensive damage to the street, to more than a dozen vehicles, and to homes. A long, hard cleanup and repair effort lies ahead. 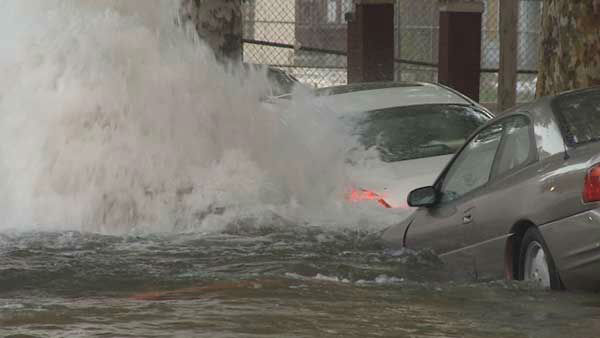 The first calls to emergency responders came in at 4:00 a.m. Sunday after a 36-inch transmission main broke under North 52nd Street.

Police and firefighters arrived to find water surging up from beneath the street. The water would eventually buckle the asphalt, jostle parked vehicles and quickly turn the street into a river.

First responders helped residents out of their homes and away from the rising water.

"I was in the bed asleep," said resident Shanika Williams. "Somebody banged on my window, and when I looked out I saw water shooting up."

Williams walked out to see her car underwater.

Images from the Action Cam showed at least a dozen vehicles partially submerged.

Action News is told many homes were flooded. More than a dozen people were evacuated.

First responders got the call before 5:30 a.m. Sunday after a 36-inch main broke in the 500 block of North 52nd Street near Wyalusing Avenue.

Water Department spokesman John DiGiulio says, "Officially there was nine homes that were evacuated yesterday immediately following the break. Those nine homes were allowed back in their property. There was an additional 26 homes evacuated later on due to loss of electricity."

The question now is, why did the break occur?

The cast iron main was put into service in 1885.

On Monday the large section of broken pipe was removed, and it will be examined for clues as to what went wrong.

DiGiulio explains, "From there we'll do some diagnostics on that broken section of main to see if we can identify a cause."

Those that saw their cars go underwater and homes flooded are expected to make claims against the city. Many lost high value items in their basements.

An estimated 10 million gallons flowed from the breach over a three and half to four hour period. That's the equivalent to 2,000 truck loads dumped over the same time frame. That is why it will be some time before things are back to normal.

Police and firefighters are on the scene of a massive water main break in West Philadelphia.