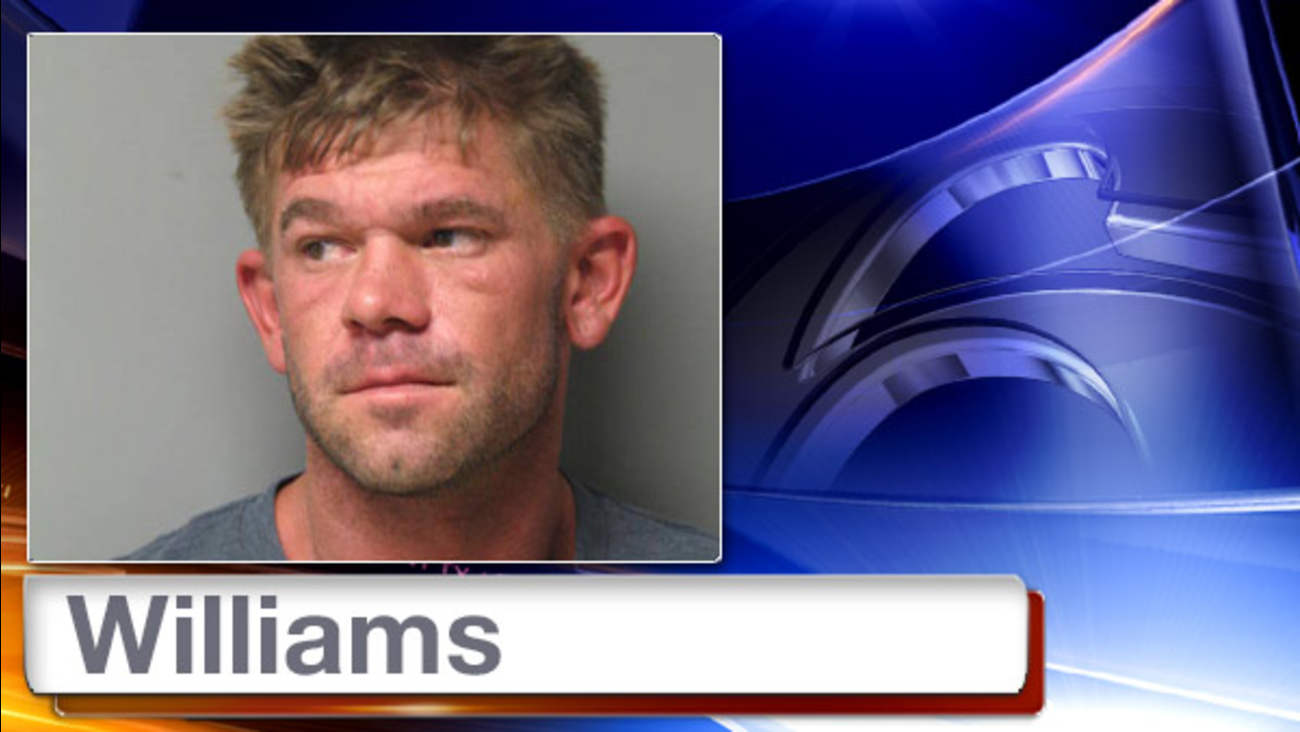 WPVI
LEWES, Del. (WPVI) -- A Delaware man has been arrested for his fifth DUI after he attempted to flee from a traffic stop, police say.

Police responded to the call of a possible drunk driver at approximately 2:10 p.m. Tuesday on Royal Grant Way.

Troopers located a black BMW parked in the roadway with a male slumped over the wheel as if he was asleep.

Police say the driver, later identified as Williams, awoke when a trooper opened the door to the car to check on him and he immediately accelerated away in the vehicle at a high rate of speed.

The BMW then backed into a private driveway on Crown Circle and came to a stop.

At that time, police told Williams to shut the vehicle off, but he again accelerated forward, almost striking a trooper.

The BMW then struck the front of a police car and continued back onto Crown Circle.

Police say Williams drove away before coming to a stop a few houses down and pulled into another private driveway where he exited the vehicle and attempted to flee on foot.

After a short pursuit, police used a Taser to take Williams into custody.