Disturbances at malls in Deptford Township and Kentucky 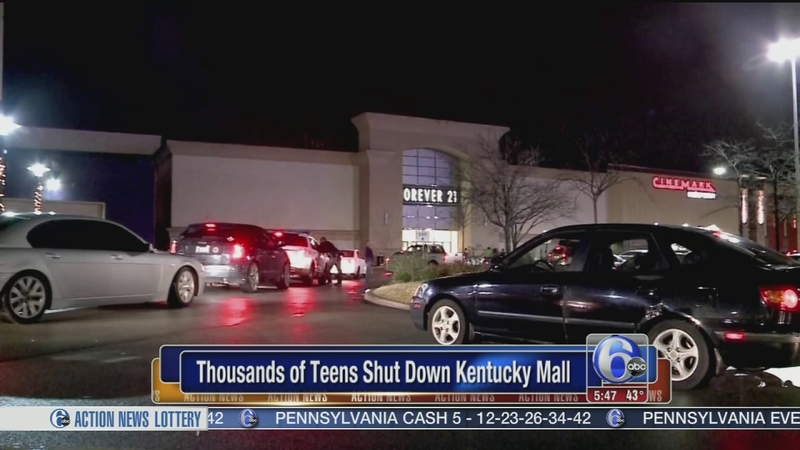 Police were called to two mall incidents involving young people this past weekend, one in Gloucester County, New Jersey, and another in the state of Kentucky.

It was around 8:30 Saturday night when police officers encountered a large crowd, estimated to be several hundred people, in the Deptford Mall food court.

Additional officers were requested and responded to the mall to assist with the disturbance.

When large groups were ejected from the mall, sporadic fights erupted in the parking lot.

There were no reported injuries related to the incident.

Police say one juvenile was taken into custody and later released to a guardian at the scene.

Additional charges may be filed against others as police continue to investigate.

Meanwhile, a suburban Louisville mall reopened Sunday with extra security, a day after closing early when roving bands of unruly teens caused a series of disturbances that required police to bring in reinforcements to quell the violence.

The night before, up to 2,000 teens created mayhem at Mall St. Matthews as the shopping center was filled with post-Christmas shoppers, police said.

Dozens of officers from four police agencies responded to numerous reports of fights, harassment of customers and store employees and other problems Saturday night that spread throughout the shopping center, said Officer Dennis McDonald, a spokesman for suburban St. Matthews police.

Police started receiving reports of disorderly conduct about 7 p.m. EST Saturday, and the situation quickly escalated, he said. About an hour later, the decision was made to close the mall early, but teens tried to prevent some businesses from shutting their doors, he said.

No arrests were made, but "it wasn't for the lack of criminal activity," McDonald said Sunday.

"We were largely outnumbered, and our focus was on restoring order and dispersing the crowd," he said. "And we were focused on the safety of patrons and of our fellow officers. Certainly, if they were assaulting innocent people, police would have made arrests."

Police received reports of gunshots fired but could not confirm whether shots were actually fired, McDonald said.

Minor injuries were reported from people being pushed down or shoved, he said.

The popular mall reopened Sunday with added police presence, he said. There were no reports of problems by early evening, he said.

Police planned to meet soon with mall management to discuss ways to prevent a recurrence of the unruly behavior, McDonald said.

"It's private property," he said. "Maybe there are some rules that they can put into place."

One suggestion by police was a possible policy requiring juveniles under a certain age to be accompanied by a parent when at the mall.

A spokesperson for the mall said Sunday that the business was not yet ready to comment on the disturbances, The Courier-Journal reported.

At the height of the problems Saturday night, about 50 police officers responded to disturbances blamed mostly on unsupervised teens.

St. Matthews police and mall security were assisted by Jeffersontown and Louisville Metro police and the Jefferson County Sheriff's Department.

The disturbances were caused mostly by young people ranging from their early to late teens, McDonald said. Many of them apparently were dropped off or took public transportation to get to the mall, he said.

"We started heading toward the exit and we saw larger numbers of teenagers and they started kind of running and congregating in one area, and then all the police, all the security started running in that direction and then we decided it's time to head the other direction," one eyewitness, Chuck Hibbs, told WLKY-TV.

The mayhem spilled into the mall parking lot and beyond, prompting some other nearby businesses and restaurants to close early, McDonald said.

It appeared teens used social media as the disturbances continued, he said.

"We think they were communicating using social media," he said. "They would disperse and then all of a sudden there would be another group congregating at another location."

There were no immediate signs the entire incident was coordinated, but it was something police were looking into as part of the investigation, he said.