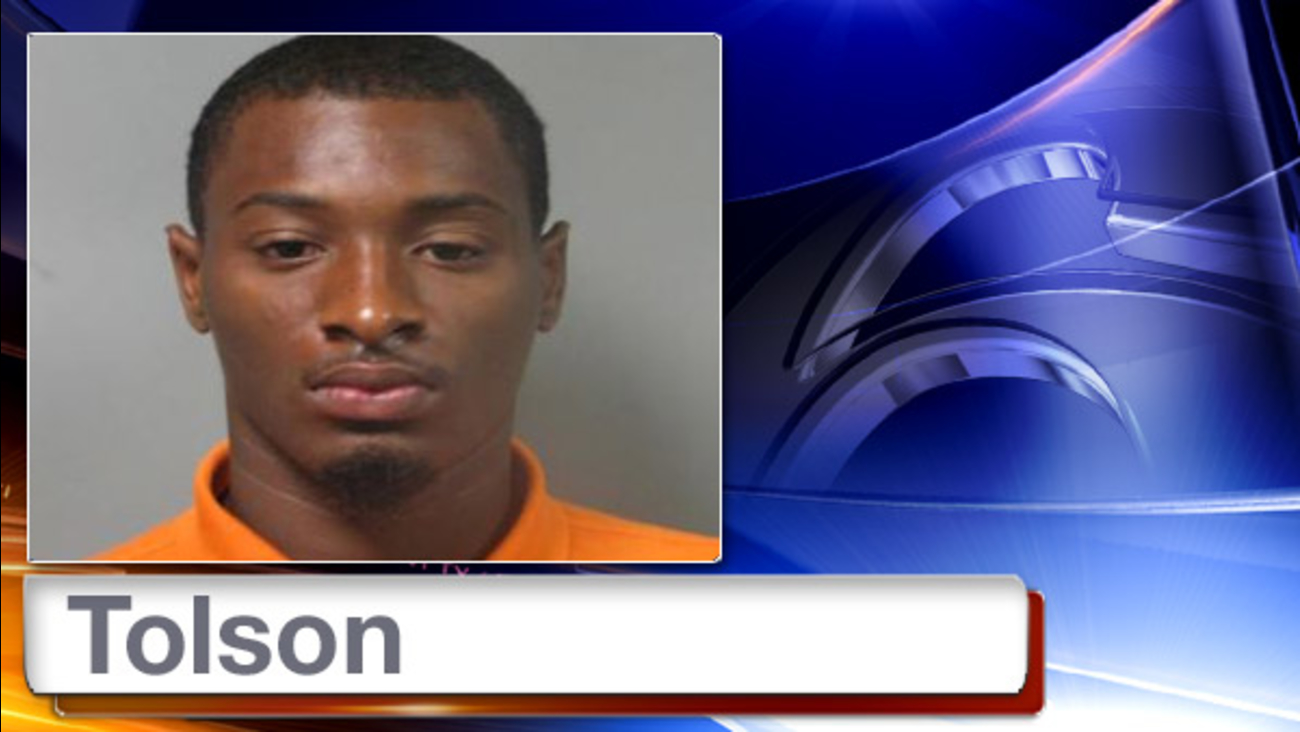 Authorities say they caught up with Tolson Tuesday night after a reported armed robbery at the 7-Eleven at the Hamlet Shopping Center.

They say Tolson acted as a lookout while two armed men robbed the store.

All three men ran off but, officers caught up with them near Whatcoat Drive.

The suspects, including Tolson, were positively identified by several people who witnesses the robbery.