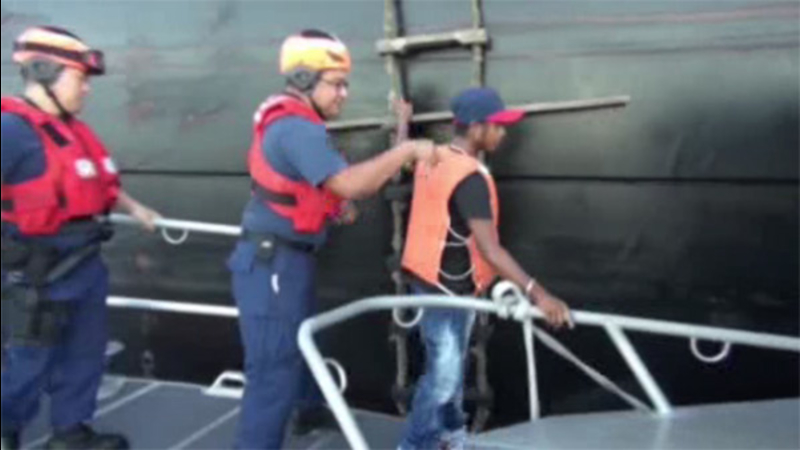 Honolulu, Hawaii (WPVI) -- A Colombian fisherman has been reunited with his wife and family, after spending two months adrift in the Pacific Ocean.

The crew picked him up then transferred him to a U.S. coast guard ship off Honolulu, on Wednesday.

Olaya says, his skiff's engine stopped working weeks ago, and three other men on board did not survive.