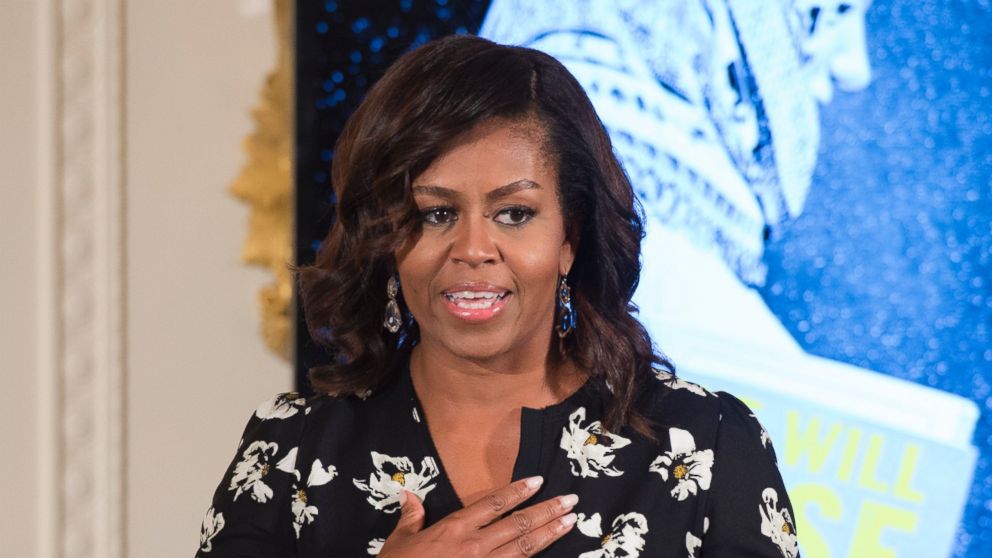 Stumping for Hillary Clinton today, first lady Michelle Obama said the revelations over the last week about Trump's treatment of women have "shaken me to my core" and called on voters not to dismiss the incident as "just another day's headline."

"Last week we saw this candidate actually bragging about sexually assaulting women. I can't believe I'm saying that a candidate for president of the United States has bragged about sexually assaulting women. I have to tell you that I - I can't stop thinking about this. It has shaken me to my core in a way that I couldn't have predicted," Obama said at a Clinton campaign event at Southern New Hampshire University in Manchester.

Growing emotional at times, the first lady urged Americans not to ignore Trump's comments from a 2005 "Access Hollywood" interview.

"This is not something that we can ignore. It's not something we can just sweep under the rug as just another disturbing footnote in a sad election season, because this was not just a lewd conversation," she continued. "This wasn't locker room banter."

Obama, who has stumped for Clinton several times over the last month, has become one of Clinton's most effective surrogates on the campaign trail, in part for her ability to effectively attack the Republican nominee without ever mentioning him directly by name.

"Strong men, men who are truly role models, don't need to put down women to make themselves feel powerful," she said. "We need someone who will heal the wounds that divide us, someone who truly cares about us and our children."

She emphasized that she has been disturbed by the recent revelations and contrasted the political discourse with Tuesday's Day of the Girl, an internationally recognized day celebrating girls.

"I listen to all of this, and I feel it so personally, and I'm sure that many of you do too, particularly the women," she said. "The shameful comments about our bodies, the disrespect of our ambitions and intellect, the belief that you can do anything you want to a woman. It is cruel. It's frightening. And the truth is, it hurts. It hurts. It's like that sickening feeling you get when you're walking down the street, minding your own business, and some guy says out vulgar words about your body."

The first lady concluded by urging women to "roll up your sleeves" and get to work for Clinton, reminding those in attendance of the phrase that she used in her speech at the Democratic National Convention this summer - which has morphed into a campaign slogan of sorts for Clinton.