WPVI
PAULSBORO, N.J. (WPVI) -- A community is demanding answers after Paulsboro police officers, who were attempting to break up a street fight, were then suddenly surrounded by onlookers.

A few hours later and a few blocks away, police tried to arrest one of the women involved, 24-year-old Yasmeen Stafford, on unrelated warrants.

Frank Hardy says his granddaughter, 18-year-old Donyea Parker, was trying to strike Stafford when she accidentally struck the officer.

"She went after the girl. When they were struggling, that's how the officer got hit," Hardy said.

Watch video posted by Arionna Avent Paddio on Facebook of a May 6 incident involving police officers in Paulsboro, NJ.

Neighbor Rufus Wallace told Action News what he saw during the incident.

"More officers came. More crowd came. Then the crowd was getting upset and talking back to the officers," Wallace said. 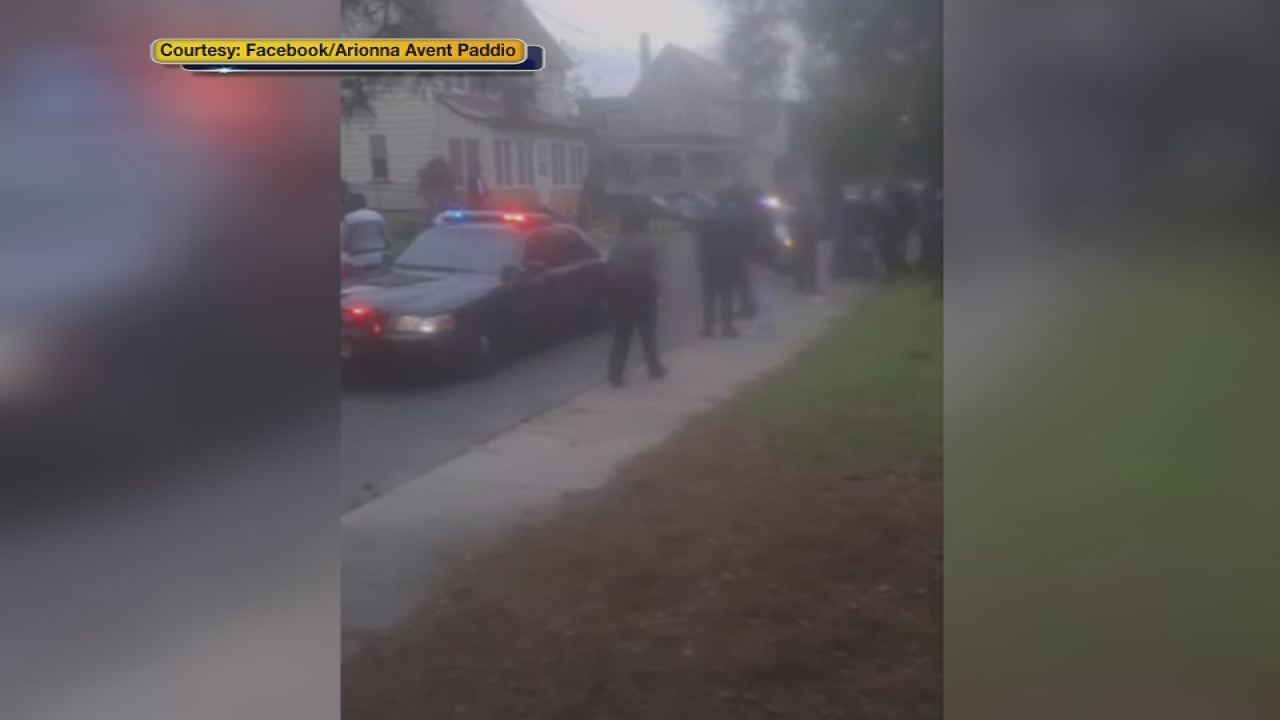 Officer assaulted in Paulsboro, NJ
Police officers responding to a fight in Gloucester County were surrounded and assaulted while attempting to arrest those involved, according to the Paulsboro Police Department.

Police say some in the crowd did not disperse. At one point, a police officer grabbed a body camera. The video has been recovered and the chief says it will lead to additional charges.

"Between 20 and 25 additional arrests stemming from that incident," Mariano said.

As to what's behind the initial feud, Parker's grandmother Mrya Hardy says she was being bullied.

Stafford is still being sought, but she spoke to reporters by phone on Monday. She points the finger at Parker.

"She was picking on my little sister. Her and her gang," Stafford said.

As of right now, Parker is the only one charged in the incident, though more arrests are expected later this week.
----------
Send a breaking news alert
Report a correction or typo
Learn more about the 6abc apps
Related topics:
paulsboro boroughassaultattacknew jersey newspolice
Copyright © 2020 WPVI-TV. All Rights Reserved.
RELATED