Mother of 6 searches for answers after husband's murder in Hatfield 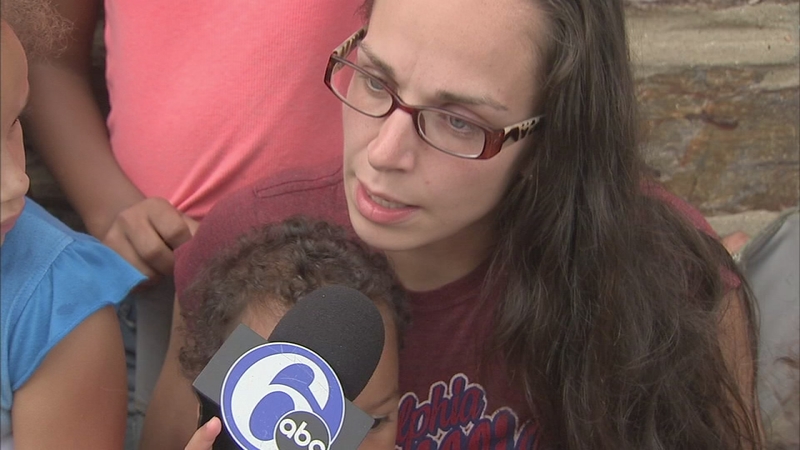 HATFIELD TWP., Pa. (WPVI) -- The anguished widow of a Montgomery County father of six is searching for answers after he was murdered during a neighborhood gathering at a Hatfield Township home.

"I don't know what's going on, but I need somebody's help, somebody please," said Felicia Chasteen.

Surrounded by her six children, Chasteen told Action News Wednesday it has been 5 days since her husband, 31-year-old Jeremy Chasteen, was shot to death, and she has no idea who may have killed him or why.

"My family has no husband, no father... and they're living their lives," she said, referring to others at the gathering who she believes may know who fired the fatal shot.

Jeremy Chasteen was shot and killed at a home in the 2400 block of East Orvilla Road Saturday night.

Even though there was a house full of people and his widow was present at the time, this remains a murder mystery.

The Chasteens and their children were at the Hatfield Township home of acquaintances, Whitney and Derrick Cosby, Saturday afternoon for a barbeque.

Later on, Jeremy wanted to leave, but Felicia was concerned because he had been drinking.

"He was going to drive intoxicated, and I told him no," Felicia said.

Felicia says she got out of the car and ended up back in the Cosby house.

"And then he came back in and said, 'Come on!' And they came and surrounded him, and I was facing the wall," Felicia told Action News. "And all I heard was a loud gun pop, and I turn around, and everybody was running."

She says her husband was dead on the floor with a gunshot wound to the head. Who shot him remains a mystery.

"I didn't see who did it," Felicia said.

Then she addressed whoever was responsible: "You will pay, because I know, and God knows.... you will pay."

Action News went by the Cosby home, but nobody answered the door.

We also called but no answer.

Meanwhile Chasteen's relatives say they will not rest until someone is charged.

Jeremy's mother-in-law, Denise Slider said, "Somebody does need to come forward, because somebody out there knows who shot my son-in-law in his head for no reason at all. Somebody at that party knows the killer."

"I promise Jeremy and everything I love, I'm going to find out the truth," Felicia said.

The office of the Montgomery County District Attorney said the case remains an active investigation.

The victim was the owner of First Luv Soul Food in the Frankford section of Philadelphia.

His funeral arrangements are still pending.