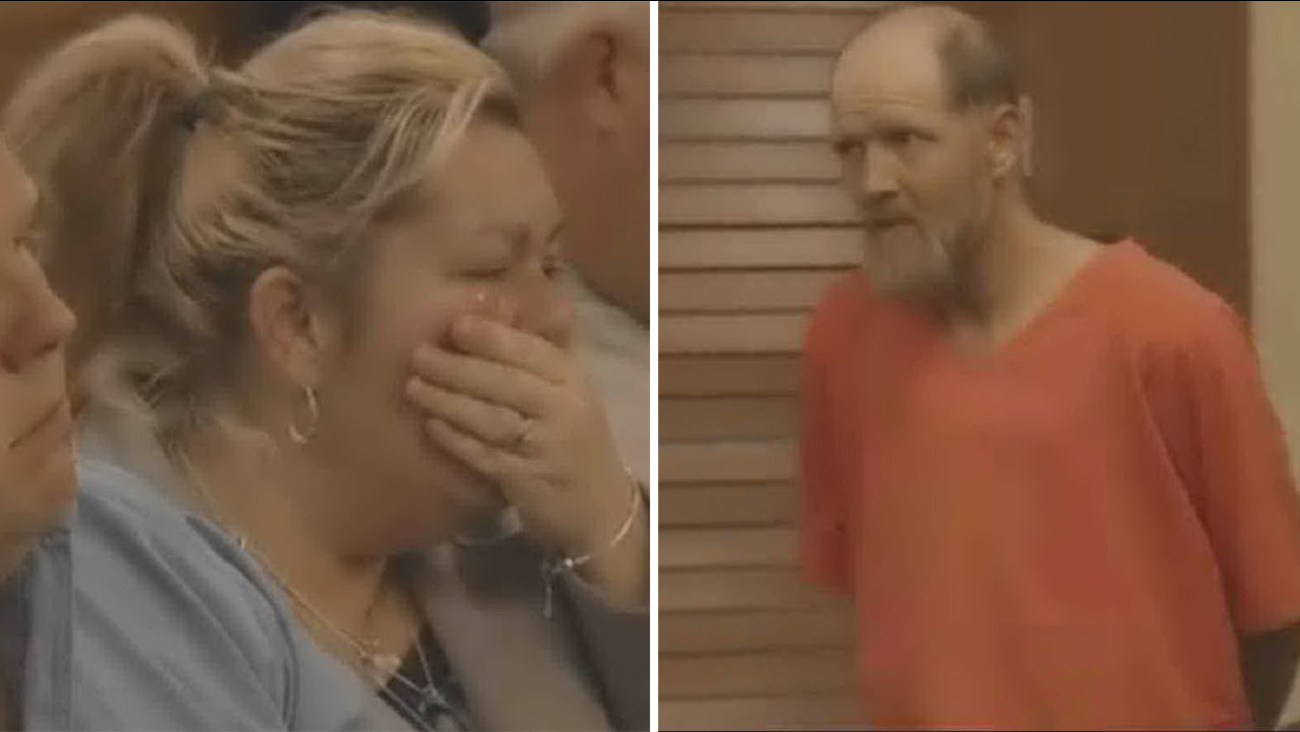 SCOTTSVILLE, KY -- A former construction worker charged with kidnapping and killing a 7-year-old girl pleaded not guilty Monday in a court hearing pierced by the anguished sobs of the girl's mother.

Gabriella Doolin's mother, Amy Doolin, sobbed and held her hand over her mouth as a judge read the charges against Timothy Madden, 38, of Scottsville. Allen County District Judge Martha Blair Harrison's voice appeared to shake with emotion as she read the counts: murder, kidnapping, first-degree rape and first-degree sodomy. A plea of not guilty was entered.

The child's family sat in the second row of the tense courtroom and Madden's family members sat near the back. The families entered and left the courtroom at different times and neither family commented afterward.

Madden wore an orange jail jumpsuit and was bound at the hands and feet. The father of five showed no emotion and quietly replied "Yes, ma'am" when the judge asked if he understood his rights.

Madden is being held on $1 million full cash bond. A preliminary hearing was set for Dec. 2.

Afterward, Madden's attorney, Travis Lock, told reporters: "It is very early in this process for us to discuss what the evidence may or may not be in this case. Simply put, we do not know what the evidence is that the commonwealth believes they have."

Madden has proclaimed his innocence, as has his mother-in-law, in news media interviews.

The child disappeared during a youth football game she was attending at Allen County-Scottsville High School on Nov. 14 to cheer on her brother. She was found dead less than a half-hour later in a creek. Gabriella, who was called Gabbi, died of manual strangulation and drowning, according to Madden's arrest warrant.

Madden proclaimed his innocence in brief remarks to reporters Friday while being taken in handcuffs from a state police post to a squad car, and again in a jailhouse interview with Louisville TV station WDRB.

The police citation in the case said Madden's DNA collected during the investigation matched that recovered from the child during the autopsy.

Madden's mother-in-law, Linda King, said Monday that Madden was shooting a video of the game and that as the father of five children ranging from 4 months to 20 years old, there is no way he could have hurt someone else's child.

"There's no way this man could have done this vicious whatever because he's not that kind of person," King said. "He loves his kids, he loves his family. He would do anything for anybody that asked him.

"Whoever done this is still out there. And if this community thinks they can rest easy, they can't. Because the monster that done that is still loose."

King added that when Madden returned from the football game, "he looked just like he did when he left."

"His clothes weren't messed up. They weren't wet."

Police investigators took the clothes Madden had been wearing at the game and Madden's phone, King said.

State police Trooper B.J. Eaton on Monday declined to disclose what DNA evidence was collected. He said there were no other suspects in the case.

"The person that we've charged we feel is responsible," he said.

Madden went to school with Gabbi's father, Brian Doolin, said King, who described her son-in-law as a devoted family man who has cared for his wife since she suffered multiple strokes earlier this year.

Gabbi's father had harsh words about the suspect on his Facebook page last week: "This animal should not be walking and breathing," he wrote.

Gabriella's death and the arrest of a local resident stunned people in this south-central Kentucky town of 5,000 near the Tennessee state line.

"It's changed everybody's mindset," Chris Carter, who has four children, said last week of Gabriella's killing. Carter went away to college but returned to raise his family in the quiet community where he grew up.

"Those days are changed," he said. "The real world has come here."

On the day of the child's funeral last week, residents lined the streets holding pink and blue balloons that they released as the hearse carrying her body drove by. Pink ribbons and balloons are still on display, including on some mailboxes near the double-wide trailer where Madden has lived with his family a few miles outside of town.
Related topics:
kentuckymurderu.s. & world
Copyright © 2021 by The Associated Press. All Rights Reserved.
More Videos
From CNN Newsource affiliates
TOP STORIES