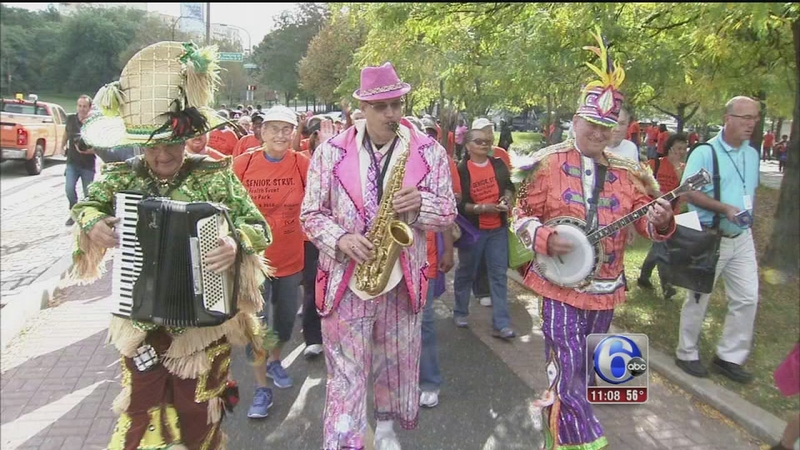 PHILADELPHIA (WPVI) -- The Mummers Parade, a long-running and extravagant New Year's celebration that has faced criticism for its lack of diversity and occasional racial insensitivity, will welcome performances by ethnic groups for the first time this year, organizers said.

Among the new participants is the San Mateo Carnavalero, a Mexican heritage organization.

For the last 10 years, the group has celebrated Carnival in Philadelphia during the month of April dressed in their own colorful costumes. For them, being invited to be a part of the Mummers Parade is a dream come true.

"They see every New Year's, the Mummers dancing through Broad Street and all over City Hall, so being part of that it's just a dream come true," said Susanna Pimentel of the San Mateo Carnavalero.

San Mateo has an international following and expects it will add more than 1,000 new spectators to the annual parade for the Mummers who have seen attendance steadily decline.

For San Mateo, it is a way of blending cultures.

"Just getting all together, I think that it's gonna be an amazing beginning and an amazing New Year for everybody," said Pimentel.

Others across the city welcome the idea of the Mummers seeking diversity as well.

"I think that diversity is welcomed here in this city especially with the new mayor. He's reached out to all groups in Philadelphia, and it's all about change," said Joseph Hoffman of South Philadelphia.

The Mummers have also invited other ethnic groups to march in this year's parade.

The Philadelphia Commission on Human Relations said it welcomes the Mummers efforts to diversify.