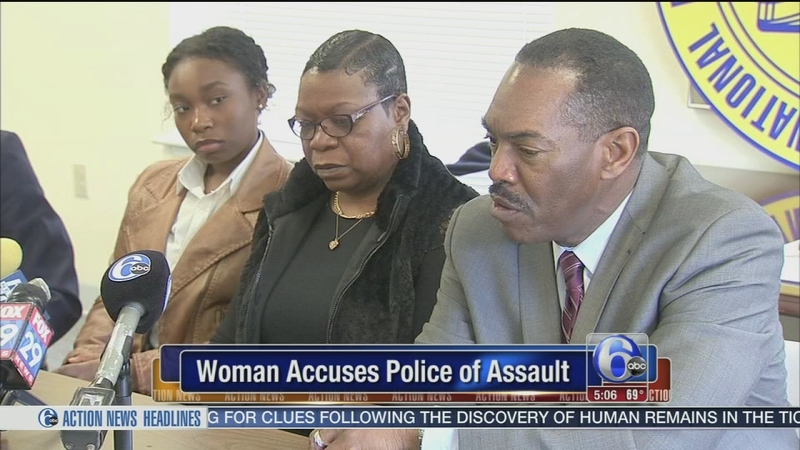 PHILADELPHIA (WPVI) -- A social worker with the city of Philadelphia is accusing the police department of assault.

Nicole Newman, her lawyer, and the president of the Philadelphia NAACP held a news conference Wednesday afternoon.

According to Newman's lawyer, officers showed up at her home earlier this month with a warrant for her son.

He wasn't home at the time.

Instead, Newman's lawyer says his client ended up being dragged out of her home in handcuffs for no reason at all and was charged with disorderly conduct.

"Now remember these are male officers and this woman committed no crime. That's the key, remember that. It's not like she was in the house with a gun or a knife or threatening to assault somebody. None of that," attorney Michael Coard said.

The department also tells Action News there was no previous record of Newman filing a complaint with internal affairs.