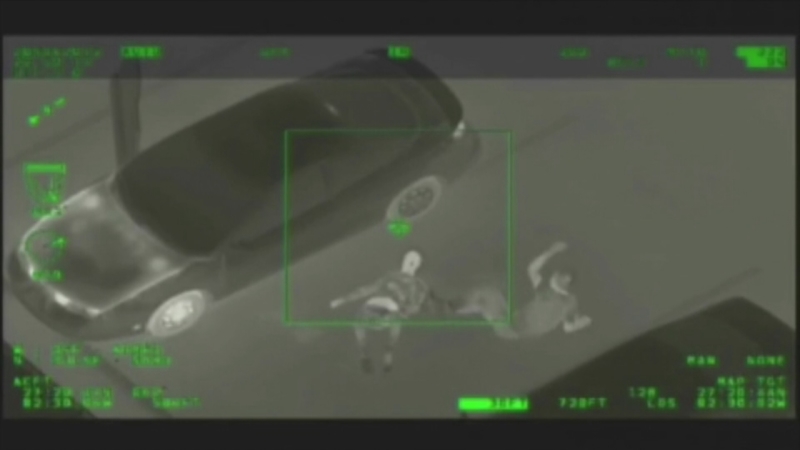 VIDEO: Drunk hit-and-run suspect, and passenger, flop around after crash

SARASOTA, Fla. (WPVI) -- A police helicopter captured video of a hit-and-run suspect, allegedly driving drunk, stumbling around outside his car with what appears to be an equally inebriated passenger.

The sheriff's department in Sarasota County, Florida released the video as a sobering reminder about who you could be sharing the road with.

The video starts with a shot of the driver falling out of his car and onto the ground.