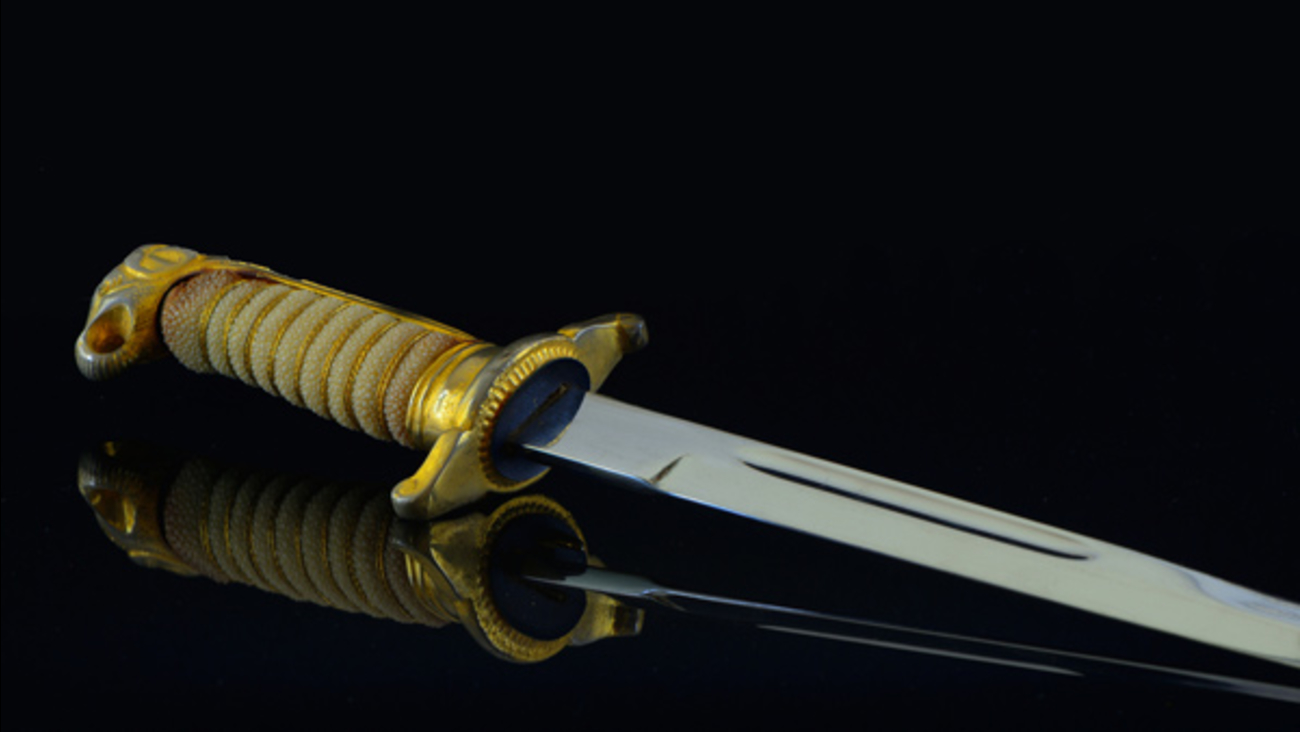 An image of a sword is shown - not the sword used in the incident. (Shutterstock)

MARTINSBURG, Pa. -- State police have charged a central Pennsylvania man with stabbing his brother using a decorative sword that had been hanging on a wall.

Troopers say 22-year-old Dwayne Weatherwalk Jr. grabbed the sword early Monday and swung it at his brother, stabbing him in the shoulder.

Weatherwalk faces a preliminary hearing on charges of reckless endangerment, harassment and simple assault on Jan. 7.

Police say Weatherwalk's brother was treated at a hospital, though his condition was not immediately available on Tuesday.

Online court records don't list an attorney for Weatherwalk, who also doesn't have a listed telephone.

Trooper David McGarvey says, "There is certainly the possibility it could have been a lot more severe when you are using a weapon like that."