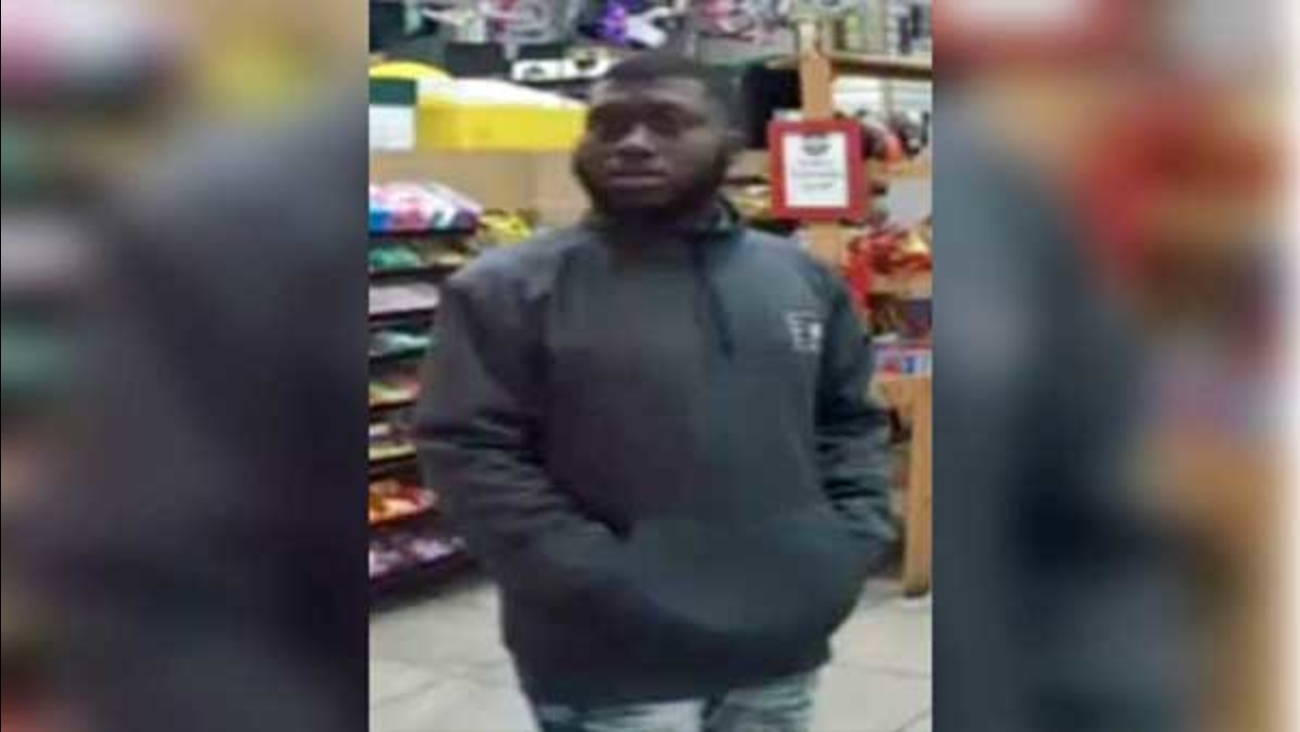 Pictured: One of two suspects who robbed a convenience store on the 3000 block of Kensington Avenue in the city's Kensington section on April 15.

KENSINGTON (WPVI) -- Philadelphia police are searching for two suspects who robbed a convenience store in the city's Kensington section.

The incident happened on April 15 inside the Quick Stop convenience store on the 3000 block of Kensington Avenue.

The pair can be seen on surveillance walking into the store at 10:45 p.m.

One suspect approaches the counter and demands cash, but the clerk ran away towards the back door.


They try unsuccessfully to open a door leading to the register area when new customer then walks in.

The suspects casually walk out, but not before of them grabs some sandwiches from the counter.

Police describe the first suspect as a black male, 5'11"-6'0" tall with a slim build. He was wearing a gray hooded sweatshirt, black mask and was carrying an unknown weapon.

The second suspect is described as a black male with a dark complexion, beard and brown eyes. He was wearing a dark sweat jacket and faded blue jeans. Police also believe this is the same suspect who robbed the same store back on April 9.