But now this former house of worship is a dwelling of discord and dismay for the family who owns it.

"It was a unique project. We knew that it was going to cost a lot; we sold everything we had to get it," Mike Szlachta of Havertown said. 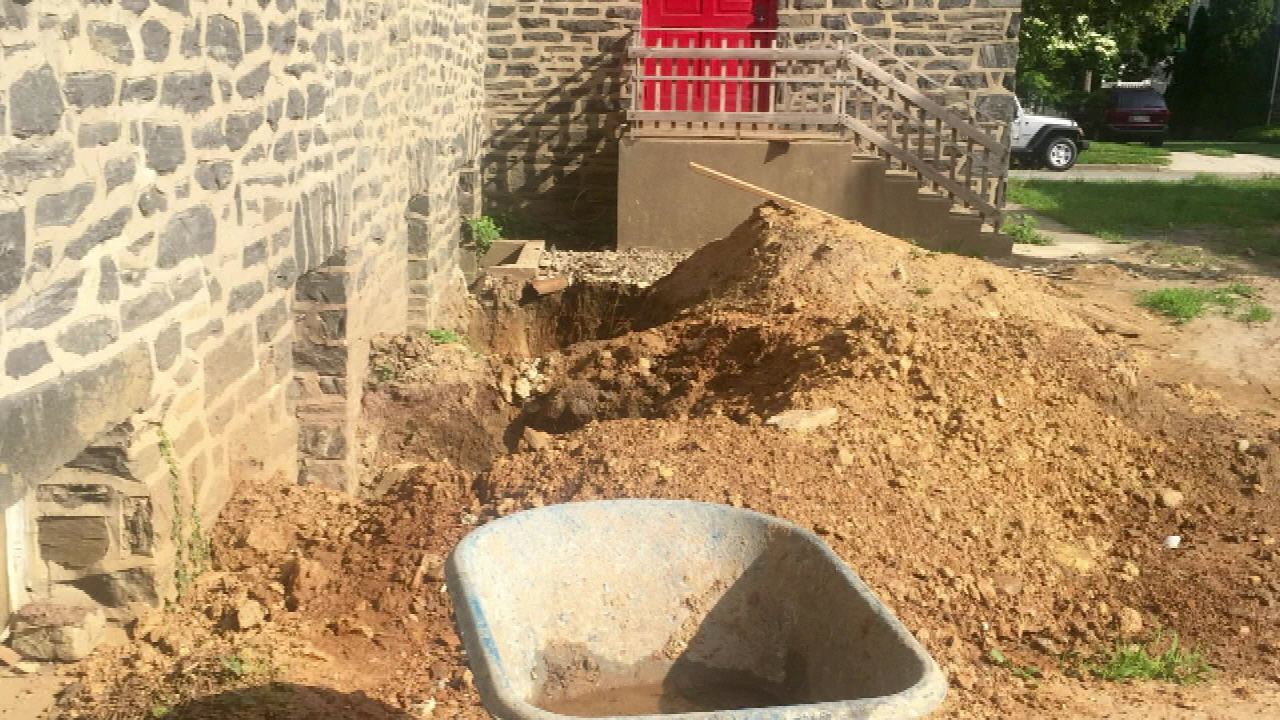 PHOTOS: Contractor dispute at fmr. Delco church
A former church building is now the subject of a lawsuit and at the center of a local family's unfortunate situation.

Mike and Jodie Szlachta are trying to transform the former sanctuary into a family home. But they could use some divine intervention.

In a lawsuit, they accuse their original contractor of negligence, deficiencies in work, fraud, and theft.

"We showed him what we were selling, how much we had, and what we were willing to pay to get the job done," Szlachta said.

Szlachta says John Kuhn told him he could do the job in four to six months.

The Szlachtas' lawsuit also claims Kuhn overbilled them for subcontractors and caused damage to their property.

"Within ten seconds, the entire basement was filled up with mud and water," Szlachta said.

The Action News Troubleshooters went to John Kuhn for answers.

"Mr. Szlachta changed the entire plan and didn't believe he had to pay for it," Kuhn told the Troubleshooters.

Kuhn says, if anything, the Szlachtas owe him money.

I asked him what work exactly.

"There is litigation going on here so I'm not going into details," Kuhn said.

But later Kuhn tells me he will show me documents, emails, and saved text messages to prove his side of the story.

"I will invite you back and I will sit down there and I will show you everything I have. I already gave my attorney over 1,500 pages of documentation on this case," Kuhn said.

But then Kuhn told us, he and his attorney do not want to try this case in the media and they have nothing more to add.

Kuhn's attorney is trying to dismiss the court case claiming the complaint is legally insufficient.

Meantime, the Szlachtas did hire a second contractor, Ranieri & Kerns Associates (RKA), to finish the job.

They tell me their new home will be completed next month.

Here is some important information about the PA Home Improvement Consumer Protection Act:

Also, the contract doesn't appear to have a starting or completion date. That is very important to include in your contract.

Before hiring a contractor, please read more about the Act here from the Better Business Bureau:

WHAT IS IN A CONTRACT: The new law requires that home improvement contracts:

A copy of the contract shall be provided to the consumer at the time it is signed.

Committing home improvement fraud can be prosecuted as a misdemeanor or a third-degree felony. If the victim is 60 years old or older, the grading of the offense will increase. HICPA also gives a court the ability to revoke or suspend a contractor's certificate. If revoked, a contractor can only petition the court for reinstatement after five years have elapsed.

In addition to the registration and contractual requirements imposed, HICPA expands the Unfair Trade Practices and Consumer Protection Law to provide for additional prohibited acts that will give rise to a civil action by consumers.

A contractor is required to fully refund any amount paid by a customer within 10 days after it receives a written request for refund, if 45 days have passed since the work was to begin, and no substantial portion of the work has been performed. A contractor is also in violation of the Unfair Trade Practices and Consumer Protection Law if it materially deviates from plans or specifications without a written change order that contains the price change for the deviation.

Furthermore, attorney fees and costs may no longer be recovered by a contractor in an action against a consumer that fails to pay.