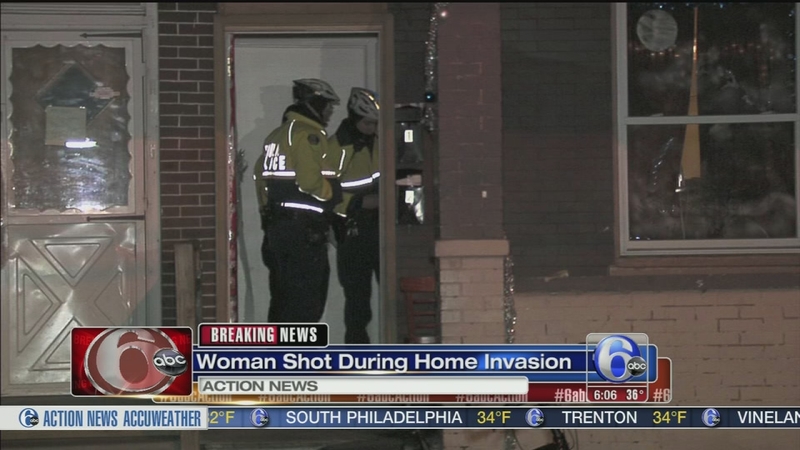 KENSINGTON (WPVI) -- A search is underway for two men who burst into a house in Kensington and shot a woman inside.

Police say two men knocked on the door at the home on the 500 block of East Allegheny Avenue at 11:30 p.m. Thursday.

When the woman opened the door, the men forced their way in and demanded money.

During a struggle, she was shot in the arm.

A second woman and a child were also in the house during the shooting. They were not hurt.

Police say prior to the home invasion, the same men knocked on a neighbor's door, asking to see someone they didn't know.

That neighbor slammed the door.