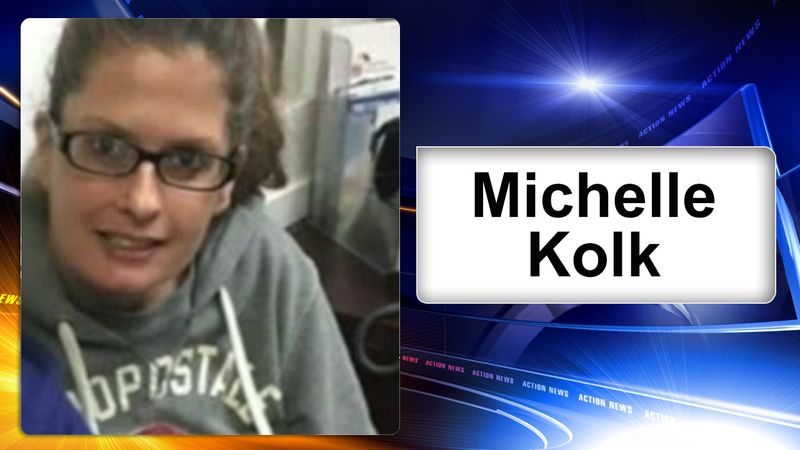 KENSINGTON (WPVI) -- The family of the woman struck by the police cruiser spoke exclusively to Action News Thursday night.

The woman hit on Tuesday by the cruiser in the Kensington section of Philadelphia has been identified as 40-year-old Michelle Kolk.

Kolk was taken to Temple University Hospital where she is listed in critical condition.

They are asking how that officer behind the wheel did not see her.

"For the life of me, I can't understand how she was hit by a police cruiser in the middle of a park," said Denise Dietrich, relative.

Family, friends of Michelle Kolk are asking how did the officer in that cruiser not see her, when he backed up in the Kensington park @6abc pic.twitter.com/FR28AhHubO

A bystander recorded the tense moments after Michelle Kolk was hit by the cruiser.

Police sources say at the time officers were in the area responding to a foot pursuit. Whether the officer saw Kolk behind the cruiser is under investigation.

"When the cop explained it to me, I thought she was hit on the street. When he said run down. I'm thinking a street, and when I found it was in a park, on a bench," said Dietrich.

Dietrich is struggling to make sense of how Kolk, her niece's mother ended up with a broken shoulder, ribs and internal bleeding.

The mother of two has been in critical condition since Tuesday.

"The doctor did say it took us 15 minutes to get her back. She had a large laceration on her face, and they had to re-attach her ear," said Dietrich. "Michelle has a long road to recovery ahead of her. She's not off life support yet."

Philadelphia police say the officer in the cruiser put the car in reverse, and backed up into Kolk. Unlike the newer police cruisers on the street, sources say that cruiser didn't have a rear view camera.

Family and friends say Kolk was simply an innocent bystander.

"I just want an answer. Why? How did this happen? Michelle's tough. I believe she's going to make it. But she's in for a long, long road and a lot of surgeries," said Dietrich.

Kolk remains in critical condition. The officer involved has been placed on non-driving status as part of police policy.