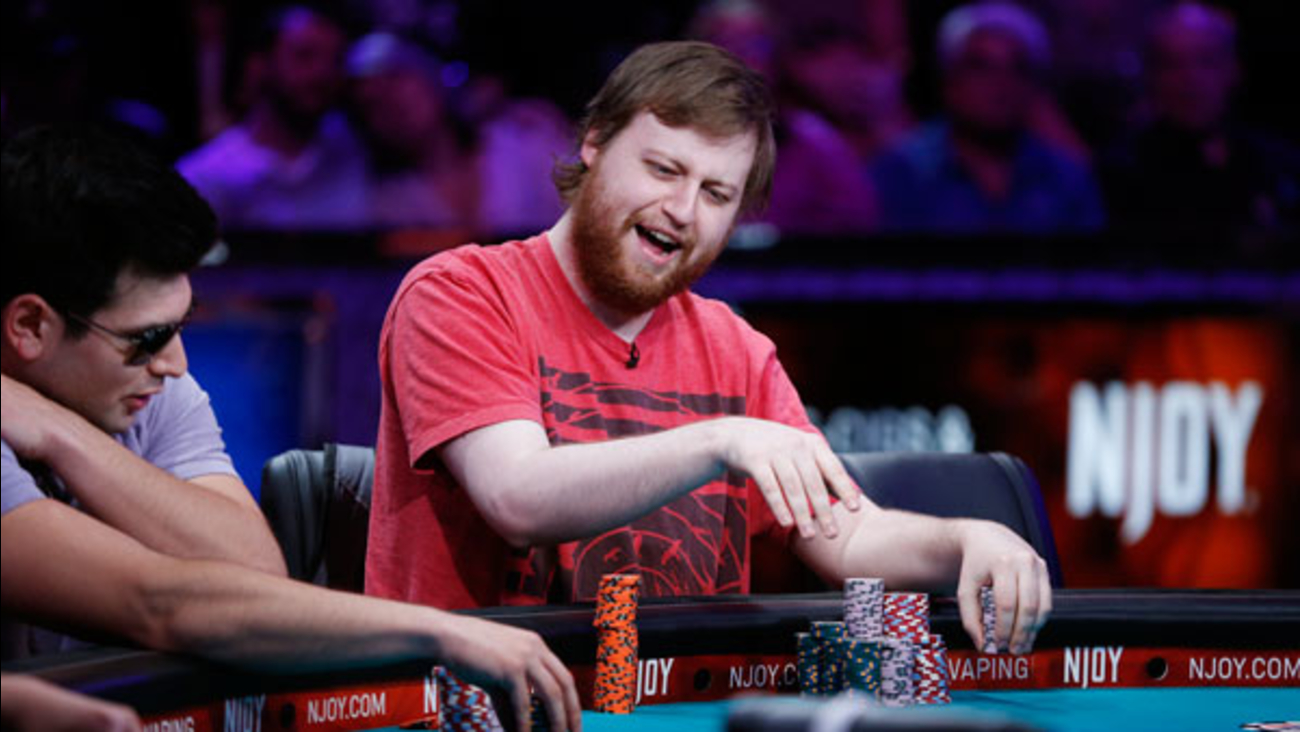 LAS VEGAS -- Six-time bracelet winner and poker pro Daniel Negreanu seemed headed for a fairy tale ending at the World Series of Poker, but the dream was crushed by the queen of hearts sending him to the sidelines in the chase for the $7.7 million top prize.

Instead, nine other competitors will finish poker's richest tournament in November, including a 72-year-old former Hasbro executive and a 27-year-old poker pro who won his $10,000 buy-in for the no-limit Texas Hold 'em main event by playing daily fantasy sports.

Eight players are chasing 24-year-old Joe McKeehen, of North Wales, Montgomery County, who will go into the final table with a dominant chip lead after bouncing several players on Tuesday and early Wednesday.

Negreanu wagered the last of his chips after an ace in his hand paired the board. McKeehen called with several draws, the odds of winning the hand against him but plenty of chips to absorb a loss. He won when the queen delivered a straight on the final community card.

"I killed the room. I know that," McKeehen said of the knockout. "I know I may be a villain for a little while."

The 40-year-old Negreanu had plenty of fans cheering him at the Rio All-Suite Hotel & Casino as he sought his biggest score in his hall-of-fame career, obliging them with photos, banter and even 30 push-ups as they counted out loud. Though he's won six smaller tournaments at the series and amassed more than $15 million in World Series of Poker earnings since 1998, the fun-loving pro nicknamed "Kid Poker" has never reached the final table of poker's marquee event.

Negreanu appeared to take his loss in stride, though he tumbled backward onstage with his head in his hands when the final queen was dealt.

"I hurt my head a little bit on the fall," he said, rubbing the back of his head.

McKeehen finished the seventh card session surprised at his position after also eliminating German Alex Turyansky in 10th place ($756,897) and Justin Schwartz in 14th ($411,453), with more than double the chips of any of his competitors.

While the position gives McKeehen a clear advantage, there's still plenty of work ahead to secure a win. Chips have no monetary value at the tournament; players must lose all their chips to be eliminated or win all the chips in play to win as minimum bets rise every two hours.

The final nine players will each be paid $1 million in ninth place money before returning for the final table Nov. 8 and 9. They'll be paid the rest based on their finish.

Neil Blumenfield, 61, of San Francisco, never expected to make a deep run after resigning from his tech software job the day before the tournament began. He canceled a flight over the weekend because he was still pursuing the championship, and is already planning on working less and playing more poker.

"It's time in my life," he said, saying he plans to relax in France before returning to Las Vegas for the finale.

Blumenfield and 72-year-old Belgian Pierre Neuville are but two signs of a unique final table for a tournament that typically attracts young men who play poker online. Even the fashion has been different this year, as Blumenfield wore a fedora and scarf and another finalist, 27-year-old Max Steinberg, donned a suit and tie in a tournaments that's usually a showcase of hoodies and dark sunglasses.

"It's empowering. It makes me feel good," said Steinberg, who will start in fifth position in chips at the final table after winning his entry through a DraftKings contest.