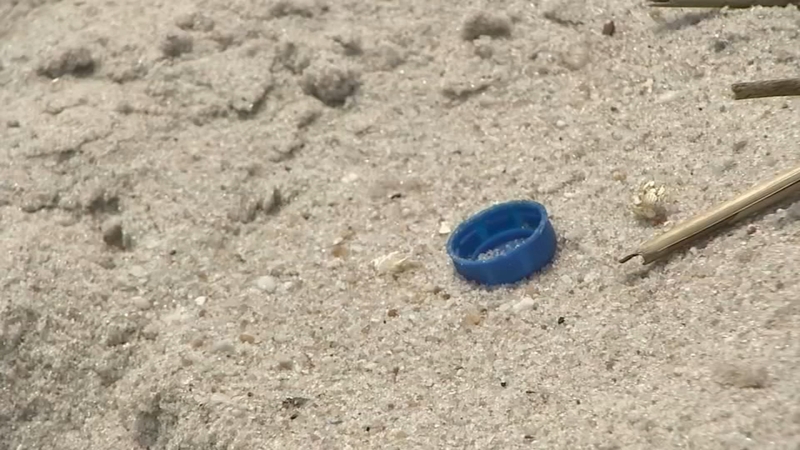 OCEAN BEACH, New Jersey (WPVI) -- All beaches were open Thursday in Ocean County after several were closed for swimming Wednesday.

The reason: debris, including syringes, washed up on the shore.

Folks in Ocean Beach, New Jersey, were back in the water after being told no on Wednesday.

"There was a lot of garbage in the water. Stuff floating around that we don't typically see," said Vince Dillman of Denville, N.J.

"The lifeguards were saying don't even get close, we kind of looked, and we did see the debris," said Kyle Porcelli of Caldwell, N.J.

Lifeguard Robert Riggi said, "Sitting on the stand, we saw wrappers and just garbage that you don't want to in the ocean."

Local authorities were notified to get cleanup efforts underway.

New Jersey's Commissioner of Environmental Protection Shawn LaTourette says these home-use syringes often end up in sewer systems when people flush them down the toilet.

In times of high rainfall, combined sewer systems can overflow and send debris into waterways.

"If folks are flushing needles down the toilet, they end up in the New York-New Jersey Harbor. And then out into the ocean, and then the winds push them onto the beaches," said LaTourette.

He also says a frequent misconception is that the syringes are the result of illegal dumping.

While officials say it's unclear if the debris came from New York or New Jersey, New Jersey's sewer outfalls are required to have protective netting on the ends.

"In New Jersey, we always have a requirement for that netting," said LaTourette. "We would do an investigation as to whether that netting has had a failure or not because the netting should catch larger floatables."

You can use the NJ DEP WARN app to report any hazards you see on the beach.

If you happen to see any syringes wash up, lifeguards say tell them right away so they can notify proper authorities.

Ocean and beach conditions are updated daily by the DEP and posted at www.NJBeaches.org.