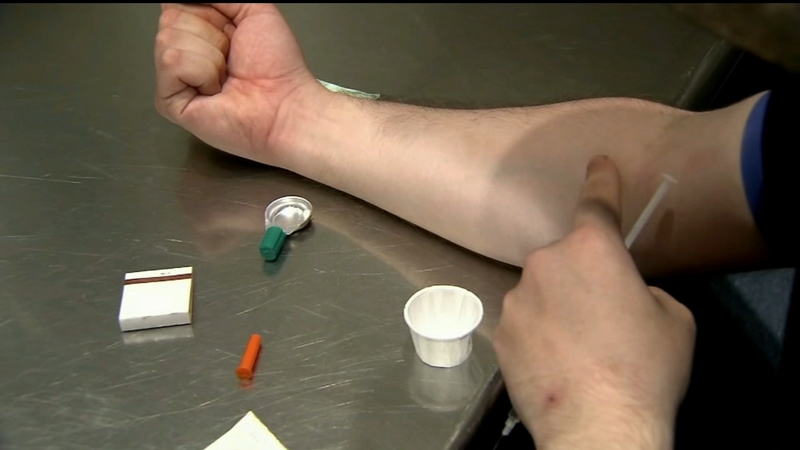 Are safe injection sites the answer?

PHILADELPHIA (WPVI) -- One of the more contentious solutions being considered to decrease the number of lives lost to the opioid epidemic is the use of safe injection facilities.

It's an idea that may seem unthinkable, but the magnitude of this heroin crisis has public health officials and law enforcement grasping for ideas, and exploring highly contentious solutions.

"I totally understand people being uncomfortable with it," said Philadelphia Health Commissioner Dr. Tom Farley. "Creating facilities where drug users can inject themselves with illegal drugs, seemingly with the permission of local municipalities."

Farley, and other local officials, took a trip to Canada to investigate a safe injection program there.

"People can come in, they can sit down in a little booth, they have access to syringes and other sterile equipment, they inject drugs," Farley said.

In Vancouver, the injection sites are based in neighborhoods already plagued by the drug epidemic. The idea is to keep users off the streets.

They are supervised by staff who can give them Narcan if they overdose, and who can talk addicts into a recovery program just a few feet away.

"There is evidence that these facilities do increase the number of people who go into drug treatment," said Farley.

Critics say it allows people to engage in illegal activity in facilities funded by taxpayers. Farley argues the public is already paying a high price.

"The public is paying a lot for this crisis right now with all of the consequences and we are not only paying in dollars, we are paying in our lives," said Farley.

Some local law enforcement officials are on board with the idea. Supporters include Philadelphia District Attorney Larry Krasner and Atlantic County Prosecutor Damon Tyner.

"I will not enforce against safe injection sites that are properly run," said Krasner.

"People and attitudes are starting to change towards how we are going to treat this epidemic," said Tyner.

"I don't think users should be put in jail. Absolutely not. These people have a health problem, they can be helped and they can recover," said Farley.

Farley says there is evidence safe injection sites reduced the number of people injecting themselves in public, the number of needles on the ground, and public disorder related to drug use.

"If this were your son or daughter and if you did everything you could to get them into treatment, you would at least want to keep them alive until they were ready," Farley said.