'One Night in Miami': The truth behind the famous meeting of four Black heroes 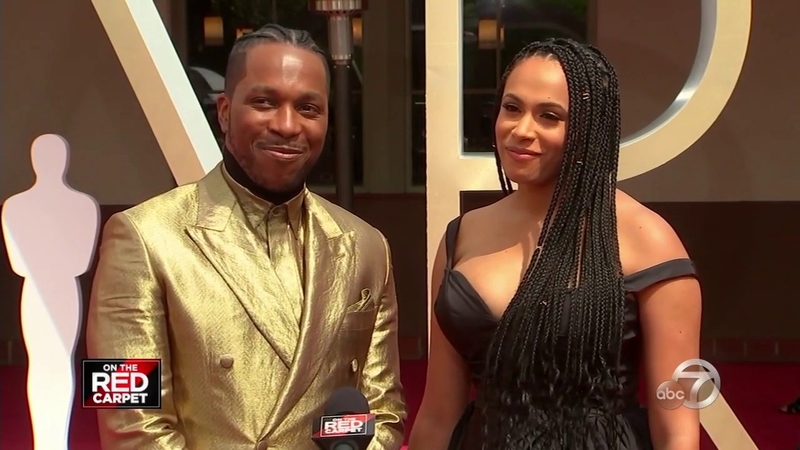 Editor's note: The story contains spoilers for "One Night in Miami." The movie will be up for three Oscars at the 93rd Academy Awards Sunday night.

On February 25, 1964, four African American icons met in a Miami hotel room for a night of revelry, bonding, arguments and ice cream.

One of them, the brash and flamboyant Cassius Clay (soon to change his name to Muhammad Ali) had just won the world heavyweight boxing championship in an upset at age 22. Another, influential civil rights activist Malcolm X, was weighing a split from the Nation of Islam. Together with NFL star Jim Brown and soul singer Sam Cooke, they gathered at the Hampton House, a popular hotel among Black celebrities at the time.

This momentous evening is chronicled in the current film, "One Night in Miami," directed by actress Regina King and nominated for three Oscars, including best screenplay.

What transpired behind the room's walls that night remains a mystery. But screenwriter and playwright Kemp Powers researched the meeting for his 2013 play, "One Night in Miami," and wrote the film adaptation eight years later, basing his dialogue on the personalities of the four men and what was happening in their lives at the time.

It was a turbulent period in American history. President John F. Kennedy had been assassinated three months prior to the meeting in Miami. Five months earlier, a bombing at a church in Birmingham, Alabama, had killed four young Black girls. Some five months later, the Civil Rights Act of 1964 ended segregation in public places and banned employment discrimination on the basis of race, color, religion, sex or national origin.

But in the movie, the relationship between fact and fiction is complicated.

What actually happened at the hotel that night?

The four men really were friends and had gathered to celebrate Clay's victory hours earlier over the heavily favored Sonny Liston, a match depicted in the movie. They also visited a diner, where Malcolm X went behind the counter to snap a picture of Clay surrounded by a crowd -- a scene captured in a real-life photograph.

Much of the rest of the movie, which mostly takes place in Malcolm X's hotel room, was invented.

Powers has said he had trouble getting reliable accounts of exactly what happened that night, so he imagined the men's conversations based on research. In the film Clay, the boisterous new champ, is riding high after his win. Brown and Cooke want to go party. Malcolm X, sober and anxious, has a different agenda.

The result is a night of passionate debate about religion, opportunity and their responsibilities as famous figures in fighting for equality for Black Americans. In the movie, the four men emerge from their combative night with a renewed commitment to the fight against racial injustice.

"For some reason the idea of the four of them together in a room really sparked my imagination. My initial intention was to write a book about their friendship but the thing that stumped me was that I couldn't get a lot of details about what they discussed in the room," Powers told Esquire in January.

"It seems to me like perfect grist for the mill for a dramatic piece where these four titans are trapped in a room together, the idea being that the room becomes a ring with this four-way match."

Did Clay really announce his conversion to Islam soon after?

Yes. In the movie, Clay tells a group of reporters at the hotel after the fight that he's changing his name to Cassius X, describing Cassius Clay as a "slave name."

"One Night in Miami" takes a serious look at what was going on in America in 1964, by way of four famous figures.

In real life, the 22-year-old held a press conference the next day and talked about his win as an underdog. Then he announced his conversion to Nation Of Islam.

"I go to a Black Muslim meeting and what do I see? I see that there's no smoking and no drinking and their women wear dresses down to the floor. And then I come out on the street and you tell me I shouldn't go in there," he said, according to The New York Times. "Well, there must be something in there if you don't want me to go in there."

At that news conference, he also said he opposed integration -- a controversial stance at the height of the fight for equality.

Ali later parted ways with the Nation of Islam and embraced mainstream Islam. The three-time heavyweight champ, one of the most indelible figures of the 20th century, died five years ago at age 74.

What happened to the friendship between Clay and Malcolm X?

The movie shows the beginning of its end.

By early 1964 Malcolm X had grown disillusioned with Elijah Muhammad and wanted to form his own Muslim organization. In the movie he urges Clay to join him, but Clay becomes resentful, accusing Malcolm of using the boxer's growing celebrity for his own ends.

Six weeks after that night in Miami, Malcolm X announced his break with the Nation of Islam. Clay chose to remain loyal to the group and turned his back on his mentor, essentially ending their friendship.

By all historical accounts, the two men never met again.

In February 1965, arsonists firebombed Malcolm X's Queens house with him and his family inside, an episode portrayed in the movie. A week later, Malcolm X was assassinated during a New York City rally for Black nationalists.

Did his debate with Malcolm X inspire Sam Cooke to record 'A Change is Gonna Come'?

No. In the movie, Malcolm X slams Cooke for not using his music in the fight for racial justice. Cooke responds by telling him about a song he'd written about civil rights.

But in reality, Cooke had recorded "A Change Is Gonna Come" in late January, almost a month before their meeting in Miami.

The scene at the end of the movie where he sings it on Johnny Carson's show actually happened three weeks before the night in Miami. Cooke expected his TV performance of the song to make a splash, but it was overshadowed two nights later by the Beatles' appearance on the Ed Sullivan Show.
In December 1964, Cooke was shot dead during a dispute in a motel in Los Angeles.

Released two weeks later, "A Change Is Gonna Come" became an anthem of the civil rights movement. It was played at the inauguration of Barack Obama, the nation's first Black president, in 2009.

Did that night lead Jim Brown to retire from the NFL?

Unlikely. The movie makes it seem like Brown retired from football soon after that night to focus on his budding acting career. In truth, he played two more full seasons. The Cleveland Browns won the NFL championship in December 1964 -- the last pro title won by any Cleveland team until LeBron James' Cavaliers did it in 2016.

In July 1966, Brown retired from the NFL to focus on his movie career and has since earned dozens of film and TV credits. His sex scene with Racquel Welch in 1969's "100 Rifles" challenged interracial taboos at the time.

The only one of the famous foursome still alive, Brown just turned 85.

Did they really eat ice cream?

Throughout the movie, the friends pace around the room eating vanilla ice cream from a box. Turns out, that actually happened in real life. The FBI files described Malcolm X as a man who "neither smokes nor drinks" -- so dessert may have been his idea of a good time.