10 rescued from fast-moving fire in Parkside 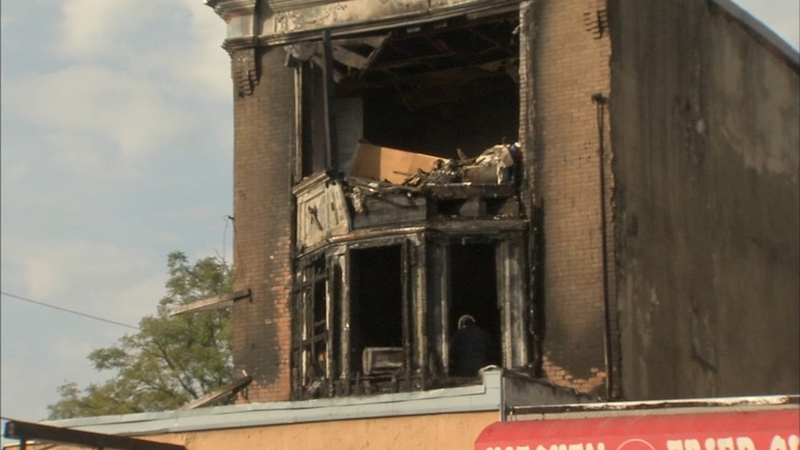 PHILADELPHIA (WPVI) -- One person was injured in a fast-moving fire in the Parkside section of the city early Monday.

The fire broke out around 2:15 a.m. on 1200 block of N. 52nd Street. The three-story building houses a t-shirt business on the first floor and apartments on the second and third floors.

"I was standing right there, the whole building was in flames," one witness told 6abc.

Firefighters helped 10 people down from the upstairs apartments, 6 of whom were children.

One of the adults refused medical care, the rest were taken to the hospital to be treated for smoke inhalation.

The heaviest fire was coming from the front of the second floor.

Hakim Laws described the scene, "I see a guy hanging out the window screaming that his kids was in there, things like that. So I ran to the back door to see if it was open and it was. I ran upstairs, and I was greeted with smoke. I ran back downstairs. By that time the ladder truck was pulling up."

One resident says he was asleep when he smelled smoke. He said the smoke was too dense to escape down the stairs, so he waited outside on the ledge until firefighters arrived to help him and his family evacuate.

"My kid went to the door try to get out and smoke rushed up the steps so the only way out was through the window," said Nadir Darby. "Once they got the ladders up there it was just a matter of getting everybody out."