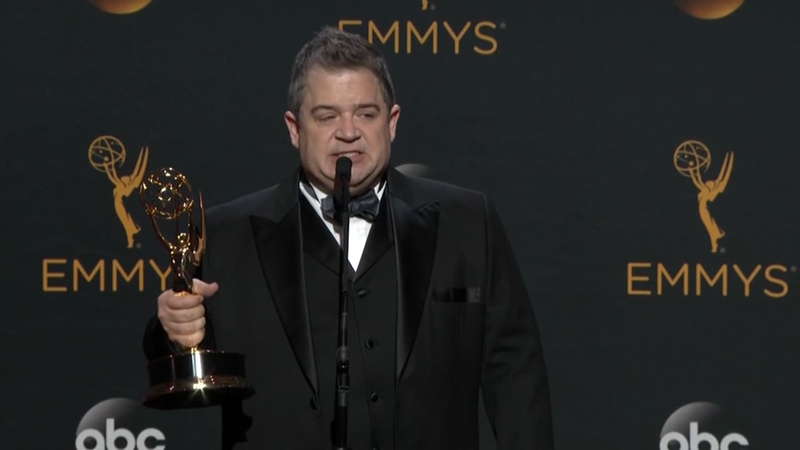 After Patton Oswalt: Talking For Clapping won for Best Writing for a Variety Special at the Emmys on Sunday, Oswalt himself took the stage to accept the award, but it was a bittersweet moment for him. The comedian dedicated his award to his late wife, 46-year-old crime writer Michelle McNamara, who passed away in April.

Following the show, Oswalt said that he dedicated his big moment to his wife because she was such a strong influence in his career in addition to his life.

"Every bit of growth that I've had in my career, especially in my writing and in my performing, came because I met Michelle McNamara," he said. "I had convinced myself that I was aware and self-actualized and mature, but then I met the real deal."

Oswalt continued by reflecting on his life since losing her.