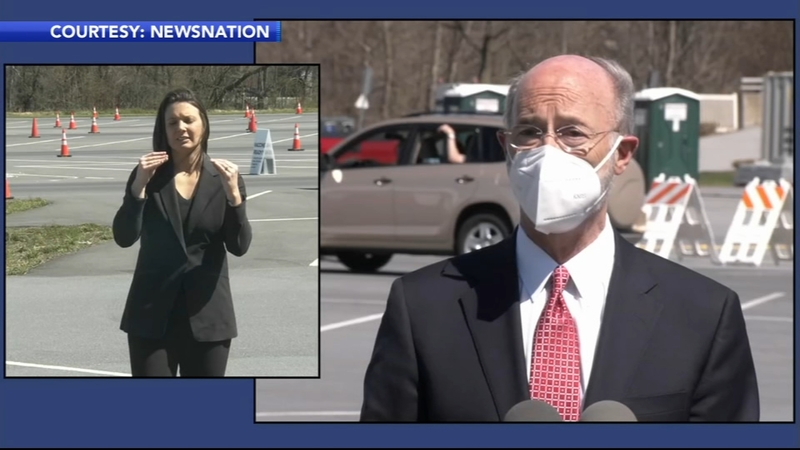 PHILADELPHIA (WPVI) -- Approximately 70% of Pennsylvanians over the age of 64 have received at least one shot of a COVID vaccine as of this past Friday.

Still, while many other states, including New Jersey and Delaware, are moving into Phase 1B - and even beyond - Pennsylvania remains in 1A.

Even Philadelphia, which is handling the roll-out independent of the state, has entered Phase 1B.

Managing the roll-out across the rest of the state, however, has proven a challenge.

When you look at it county-by-county, vaccine supply rates have varied, as has the rate of demand.

Simply put, there are some counties across the commonwealth where the number of people who want the vaccine is very low.

The result is a percentage of vaccine that goes unadministered.

Speaking at a mass vaccination clinic in Dauphin County on Tuesday, Governor Wolf said the bottom line is the state will move into Phase 1B soon.

"We estimate that we are more than 3/4 of the way through just our 1A population and we should be finished with it fairly quickly," he says.

Officials from Harrisburg and Philadelphia are eager to reach that 70%-85% overall vaccination rate, which many health experts believe will help us reach "herd immunity."

"For those of us that have been at this since December or have been fighting COVID for over a year now, there's just that urge to get this done quickly," Reed said. "So, it gets a little bit frustrating."