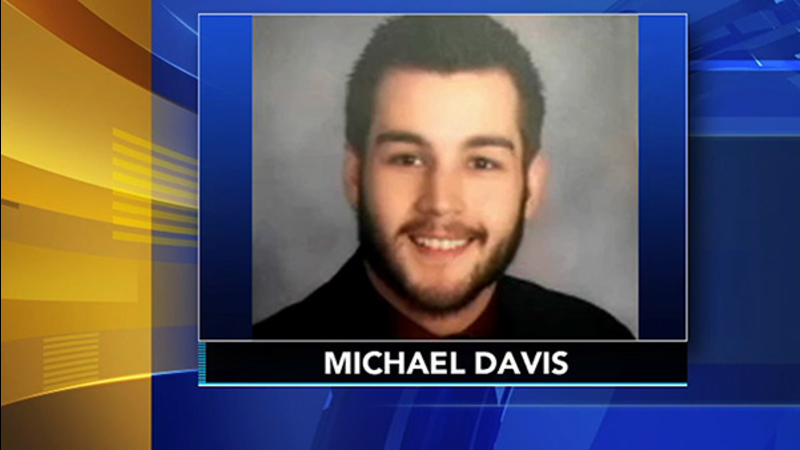 PALMER, Pa. -- Prosecutors say two men are facing criminal homicide charges in the death of a Verizon store employee that authorities say are linked to armed robberies of cellphone stores.

The charges stem from the November 2016 death of 25-year-old Michael Davis outside his home. Weeks earlier, the store where he worked had been robbed.

District Attorney John Morganelli said the two apparently planned to kidnap Davis for another robbery but ended up shooting him. Lewis and Felix are already jailed on charges stemming from the armed robberies.

Davis was shot in the face and died a short time later at Easton Hospital. Today's announcement was the culmination of an ongoing joint task force investigation involving authorities from Easton to Allentown, to the Slate Belt Regional Police Department.

The Turning point in the investigation was ballistics test results on a firearm later found inside the Wilson's Township home of Vaughn Felix.

"We were able to find Vaughn Felix's handgun. When that gun was analyzed we were able to tie it back to being the murder weapon with regard to the Michael Davis homicide," Morganelli said.

The homicide charge goes on top of the allegations that Felix and Lewis stole well over $100,000 worth of cash and merchandise from several cell phone stores and a jewelry store in Easton.

Meanwhile Morganelli shared the family's memory of Michael Davis who was only 25-years-old when he was murdered.

"He was a happy, intelligent, hard-working, dependable young man who had a great devotion to his family, his faith, and his friends," he said.