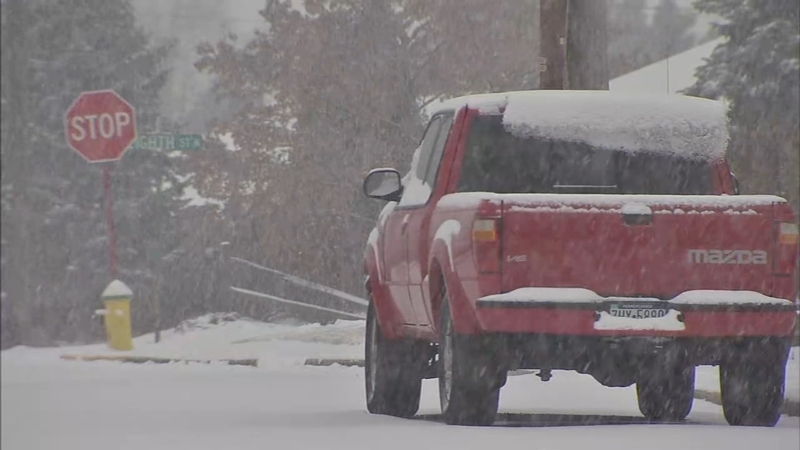 WHITEHALL TWP., Pa. (WPVI) -- Residents are still facing a combination of ice and snow in the Lehigh Valley.

It's been snowing for hours now and drivers say the roads are slick.

It started as a light coating of sleet in the Lehigh Valley around 6 a.m. Wednesday, and as the sun rose, the precipitation turned into a mix of ice and snow, making driving tricky.

Keith Correll of North Catasauqua referring to the roads said, "They're slick, be respectful. Slow it down."

Neighborhood streets and sidewalks were covered as people brushed off their.

Township Public Works trucks stopped to re-load with salt before heading back out to treat the roads.

We found one plow driver making a coffee stop before a long day's work.

Gavin Marsolick of Hokendaqua, Pa. said, "All day, and night too, salting."

For some, there's no avoiding the roads.

Others say they avoid it at all costs.

Brenda Pastrana of Whitehall, Pa. said, "I'm terrified of driving in the snow. I'm sick of it. I don't like snow. "

To avoid having people on the roads, some school districts opted to close or delay opening today.