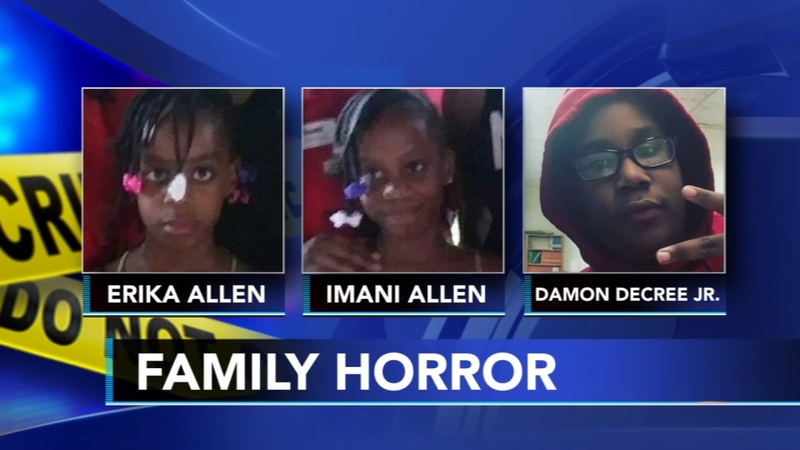 According to court documents, 45-year-old Shana Decree and her 19-year-old daughter Dominique told authorities everyone who had been living in the Morrisville house spoke about suicide prior to the deadly incident. Both Shana and Dominique have been charged with 5 counts of murder and 1 count of conspiracy each.

Grieving relatives gave their suspicions on what led to the killings.

"They were all going through something religiously and they decided to drag the kids into it," Destiny Harris, the half-sister of the twins killed, said.

From his home in North Carolina, Damon Decree, Sr., the ex-husband and father of the accused, said the family had been "talking about demons being all around them." His 13-year-old son was murdered.

"Apparently they had dissected into some type of cult that they materialized online. I don't know how or what kind of cult," Decree said.

Decree said this has been going on for the past month and they've called children services. It was a Bucks County Children and Youth Social Services Agency worker performing a welfare check at the home who contacted a maintenance worker and then police after there was no answer at the door, documents say.

Harris said the twins should have never been involved in what the other relatives in the homes were practicing.

"They were 9. They didn't deserve that, they didn't need to go through that," she said. "They should've never been dragged into the family issues or religion. They're too young, they're too young to understand. They had no choice."

The twins were set to celebrate their 10th birthday on Friday.

Morrisville Police Chief George McClay says questions the children's involvement if that was a murder-suicide pact at the direction of a religious cult.

"Two 9-year-olds can't make that decision, and a 13-year old. Is that something in the adults' minds? I don't know, but it's surely not in the 9-year-olds' minds," McClay said.

Damon Decree said he wants his wife and daughter held accountable for the crime.

"I don't want them in no insane asylum. I want to see them in jail for the rest of their lives," he said.

Police have yet to release an official motive for the murders.