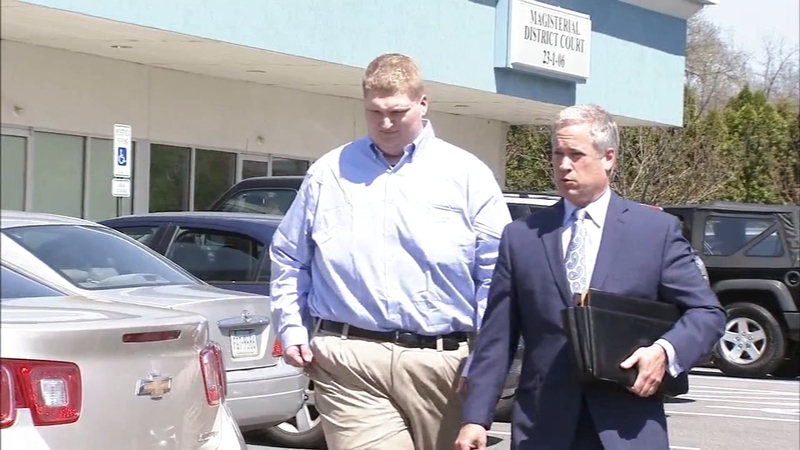 Daniel Brymer of Newtown showed up in Berks County today for a court hearing less than five blocks away from where a senseless tragedy occurred.

It's a tragedy that ended with the death of Brymer's close friend, 31-year-old Daniel Smith of Quakertown.

We spoke with Chief Thomas Trojansky of the Plymouth Ambulance service who says Smith will be remembered as a dedicated paramedic and Bucks County Constable who looked for ways to give back.
It was three weeks ago when, authorities say, Smith and Brymer arrived in Muhlenberg Township to help another friend move from his apartment.

Brymer later told investigators that Smith had given him a 9mm handgun to hold on to for safekeeping, all as they were both horsing around with an air-soft pistol.

Then, during the move, Brymer allegedly pulled out the real gun, thinking it was the airsoft pistol, and pulled the trigger.

Now, Smith is being remembered as good young man with a promising future cut way too short.

Trojansky says, "He was a guy you could talk to, always would have a smile on his face, love to help you out whenever he could. He would go out of his way for you and just all around outstanding employee and paramedic."

Brymer's next hearing is scheduled for May 23rd. He is facing several charges including Aggravated Assault and Involuntary Manslaughter. If convicted, he faces up to 10 years in prison.