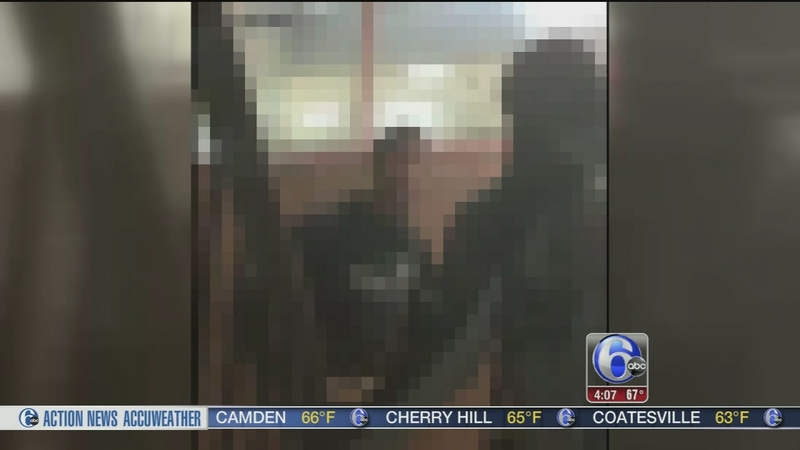 CHESTER, Pa. (WPVI) -- A family is demanding answers after a fight at Chester High School that was caught on video.

Quameer Jones, 17, a sophomore at the school, was attacked on Tuesday.

"By the time I touched the top of the step, he hit me," Jones said.

It happened between classes, after Quameer and another student exchanged words.

After getting punched, Quameer proceeded up the stairwell, where another student grabbed him, swung him around, and smashed his head into a glass door.

The teen's family is horrified by what they've seen in the video. But his brother Brett says what's even more alarming is what happened after Quameer was knocked out.

"Someone just rolls him up and takes him to the nurse. Being an EMT myself I know that, if I was there, I wouldn't have moved him. I would have tried to stabilize his neck and stuff like that, because they could've paralyzed him," Brett said.

Quameer was hospitalized and treated for a concussion and some facial swelling, but he's expected to fully recover.

Still, his family is not sending him back to school just yet.

"I can still feel little glass shards in my forehead, I'm a little dizzy," said Quameer.

In the meantime, two students have already been suspended, and interim Superintendent Dr. Juan Baughn says the Jones family's concerns about the way this case was handled is a major part of the district's internal investigation.

"Once we've concluded our investigation, we will decide what additional consequences, if any, should take effect," said Baughn.

There was no word on any possible criminal charges.