SEPTA bus hit by bullet after gunfire erupts in Chester 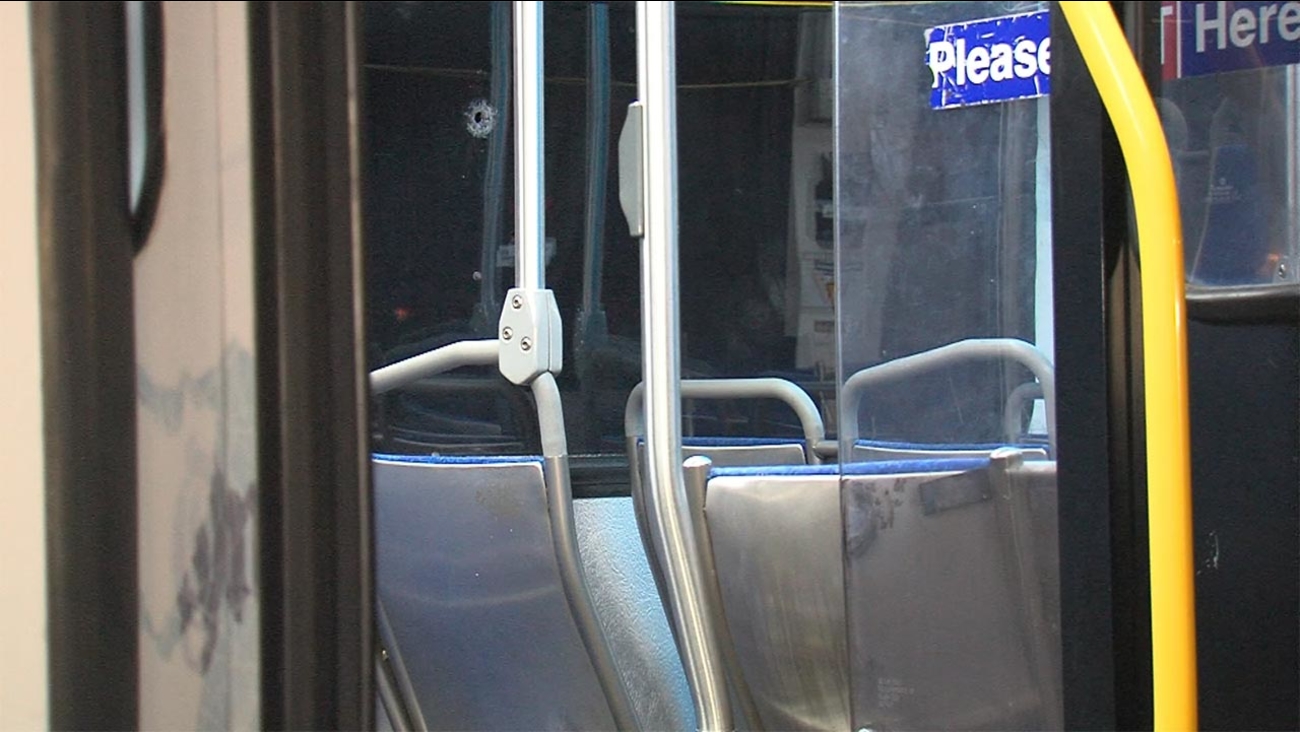 CHESTER, Pa. (WPVI) -- A SEPTA bus was hit by a bullet after gunfire erupted in Chester, Pa. late Saturday night.

Police say they responded to the area near a Sunoco station in the 2200 block of Edgmont Avenue shortly before midnight.

Officers say a crime scene was located, but no victims could be found.

A few moments later, dispatchers received a call from SEPTA saying a bus had been hit by a bullet.

Images from the Action Cam show a bullet hole in one of the windows.

No one on the bus was hurt.

An investigation into this incident continues.