Horsham Air Base is far from out of business 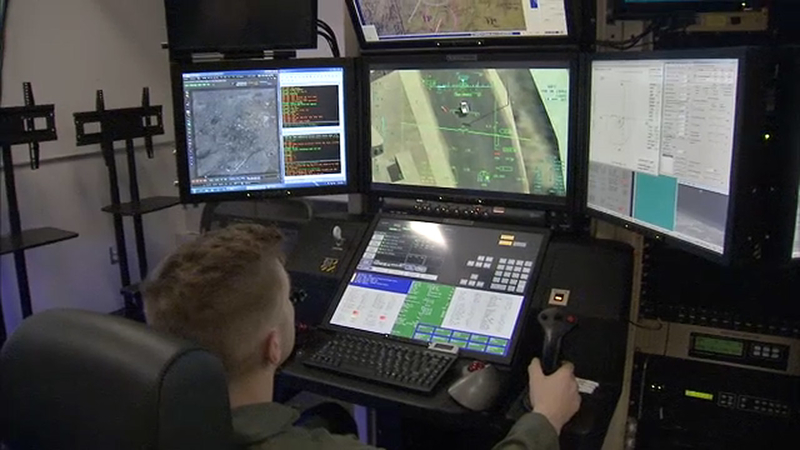 Horsham Air Base is far from out of business

HORSHAM, Pa. (WPVI) -- You may remember that the air base in Horsham was once home to the A-10 Thunderbolt. Affectionately known by its pilots and maintenance crews as the 'Warthog' for its aggressive look.

But the famed A-10 moved out years ago and many around here thought the air base had long since closed. Or did it?

Well, for those of you who thought the military base in Horsham was closed and out of business since the A-10 Warthogs moved out of here, you're gonna be in for a big surprise.

But where are the planes you ask?

That's right. Members of the 103rd attack squadron, the flying arm of the 111th went from flying the A-10's to flying the MQ-9. A remotely piloted aircraft that can be just as lethal.

"They just removed the cockpit from the airplane," says Col. Griffin.

The MQ-9s are being remotely operated by air guardsman right here in Horsham. Doing surveillance, reconnaissance, and if need be, direct attacks on an enemy target.

"What people don't realize is how big the MQ-9 is."

"This is not a hobby shop drone," said Lt. Col Pete.

Far from it. "This is what we bring to work every day, it's the ball, that's our camera said." Lt. Col. Pete.

The ball is equipped with high tech cameras, laser range finders and laser illuminators for use with laser-guided Hellfire missiles. It's the equipment the pilots here use to guide them from thousands of miles away, like those in this exercise drill.

"So now what they're doing is tracking this bongo truck, so what Brian is working is ways to grab on to the bongo, the target," said Lt. Col. Pete.

"At the end of the day, our goal is to defend the 18-year-old on the ground with a rifle right? Our job is to protect him and bring him or her home, so that's our number one job." said the Lt. Col Pete.

There are 946 people working at the 111th. The wing recently earned the Air Force's outstanding unit award.

"It's an honor and a privilege that we don't take lightly." said commander Col. Griffin.