Person of interest sought after woman shot in Limerick, Pa. 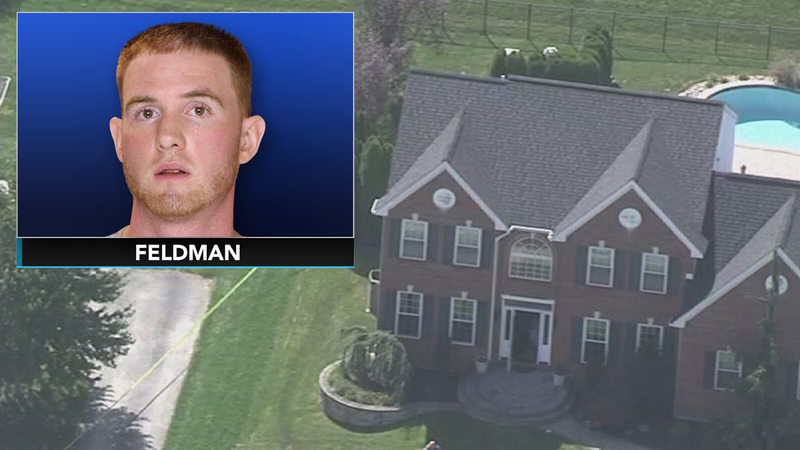 Person of interest sought after woman shot in Limerick, Pa.

LIMERICK, Pa. (WPVI) -- Police have identified a person of interest after a woman was shot at a home on Friday in Limerick, Pa.

He was last known to be driving a black 2016 Mazda sedan with license plate KFC-4605.

Feldman is considered to be armed and dangerous. Authorities are asking anyone with information to call 911.

The shooting happened around 1 p.m. Friday on Long Meadow Drive.

Watch video from Chopper 6 HD over the scene of a shooting in Limerick, Pa. on September 22, 2017.

District Attorney Kevin Steele said at a news conference that the 48-year-old victim answered the door and was shot twice.

"I heard a shot, some hollering and screaming," Mary Johnston said.

Johnston lives across the street from the victim's home.

After hearing the second round of shots Johnston says she walked toward the house and saw the gunman leave.

"So I stared at him, wondering what was going on. He never looked at me, got in the car and drove away," Johnston said.

Johnston says after the shooting, the victim and her husband waited on the front porch for first responders.

"She handled it very well. She was calm and conscious the whole time. He was applying pressure to the wound until paramedics arrived," Johnston said.

"She is hospitalized right now and we are hoping for the best," Steele said.

Police say Feldman was involved with the victim's daughter, but did not elaborate.

Meanwhile, the incident is being connected to an evacuation at a doctor's office and a lockdown at Grand View Hospital in Sellersville, Pa.

Police say the person believed to be responsible for the shooting has a personal grudge against a doctor, so that doctor's practice was evacuated.

Grand View Hospital, which is nearby, was placed on lockdown.

Meanwhile, police say, someone called in a false report of an active shooter at the hospital. Officers searched the hospital but nothing was found.