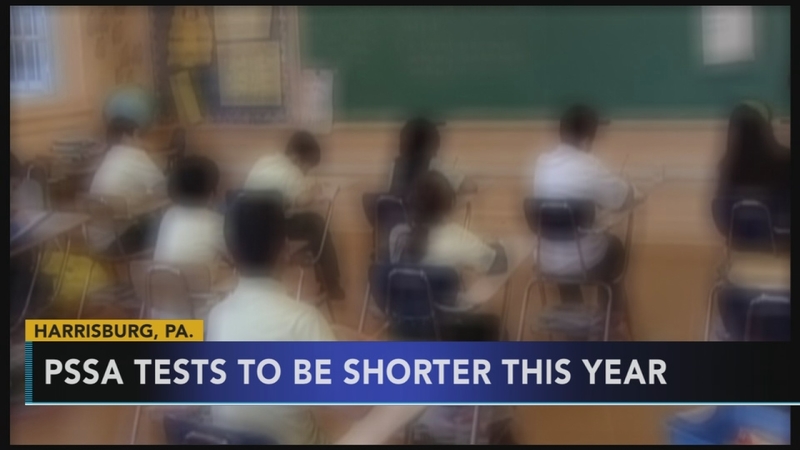 HARRISBURG, Pa. -- Changes to statewide testing of elementary school students that will go into effect this year should shorten the amount of time they spend on those tests by about 20 percent, Gov. Tom Wolf announced Monday.

Wolf, a first-term Democrat, said the some sections of the Pennsylvania System of School Assessment tests for students in grades 3 through 8 have been removed and other sections have been shortened.

The time reduction will be even greater, about 25 percent, for the youngest students.

He said the changes are being made in response to concerns from parents, teachers, and students about the amount of time they must dedicate to taking standardized tests.

The PSSAs are administered in grades 3 through 8 in English language arts and math. Science is tested for some grades.

The state Education Department took out sections in the English language arts and math as well as questions from the science section, saying that could mean two fewer days of tests in some schools.

State officials said the changes were reviewed to make sure they did not make the tests less rigorous or accurate, and so that they still meet state standards.

The Wolf administration said it hoped to make additional changes to further lessen the disruptiveness that federal mandated standardized testing can produce.