Community on alert after woman bitten by rabid raccoon in Swarthmore 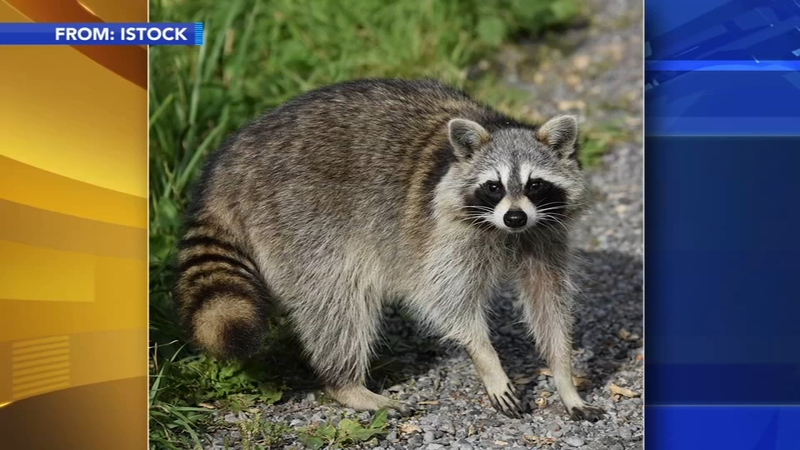 Community on alert after woman bitten by rabid raccoon in Swarthmore

SWARTHMORE, Pa. (WPVI) -- Some residents in Swarthmore said they are concerned after one of their neighbors was bitten by a rabid raccoon last weekend.

According to police, the woman was getting into her car when the raccoon came out from underneath the vehicle and bit her leg. The woman received immediate treatment for rabies, but now residents in the area are concerned this could happen to them.

Brian Murray said he lives across the street from the woman who was bitten. He said is keeping a close eye on his dog now to make make sure it doesn't contract rabies.

The state department of health said raccoons are the number one rabid animal. Your pet could get rabies from a wild animal and give it to you, if it bites you.

"We have a lot of small children in the neighborhood, as well as cats and dogs," said Murray, a Swarthmore resident.

Swarthmore police put a statement out alerting residents that on Saturday June 8, a resident on Cedar Lane was bitten by a raccoon. Officers were able to capture the animal, which was turned over to the Pennsylvania State Game Commission. Subsequent testing of the animal proved positive for rabies.

Swarthmore's police chief, David Creagan, said residents should use caution when approaching wildlife, and dial 911, so police can respond and take the appropriate action. Swarthmore police said there's concern there could be other wild rabid animals in the area, now that one has been found.

"It sounds like we should probably get some traps," said Murray.

While some of Murray's neighbors on Cedar Lane have gotten raccoon traps in their backyard, the state game commission is warning against getting traps, because residents could be trapping healthy raccoons.

"Groundhogs and squirrels could be caught in these traps too," said Matthew Johnson, the state game warden.

Johnson said if this develops into a larger issue then there are other ways to address it, besides residents trying to trap raccoons on their own. Johnson also said while raccoons are nocturnal, it's not uncommon to see a raccoon during the day, and if you see a raccoon in the daylight it doesn't mean it has rabies.

According to the state department of health, in 2017 more than half of the positive rabies cases in the state were in raccoons (176 of 347 total cases). Delaware County saw between one and five animal rabies cases in 2017, but the southeastern part of the state saw the most rabid animals.