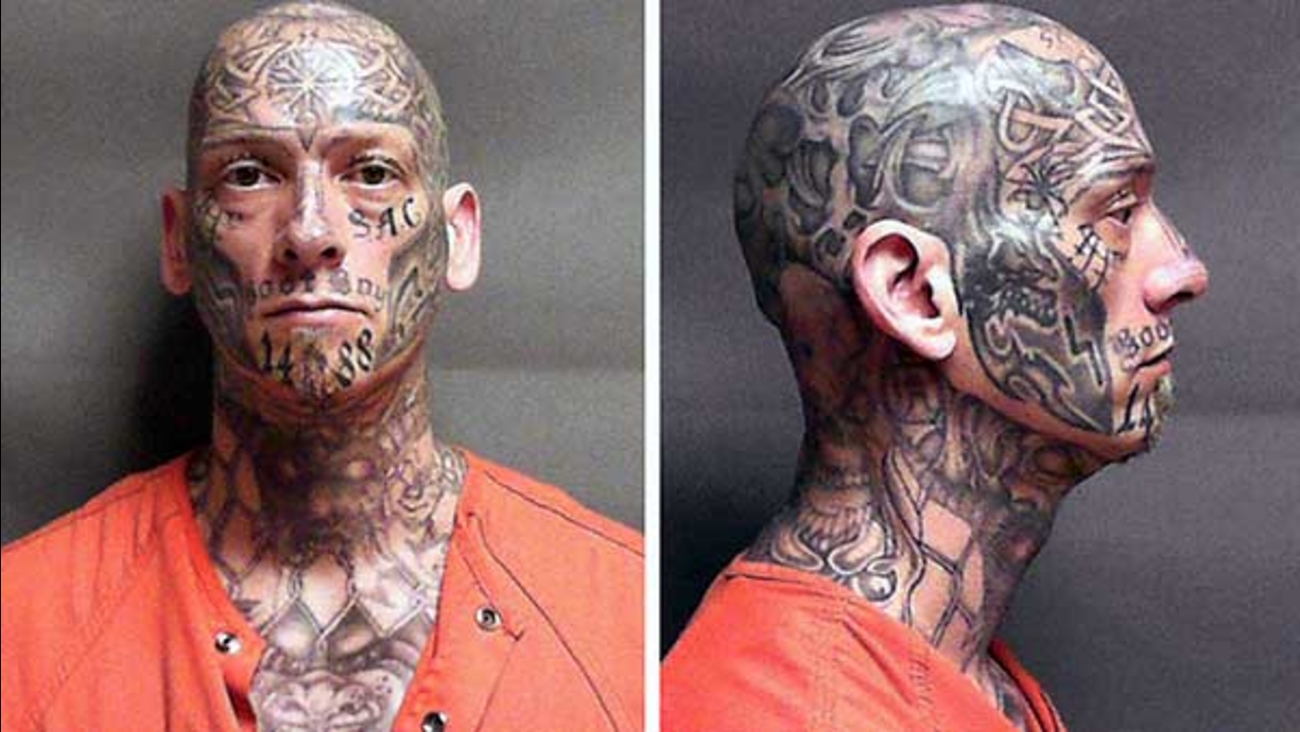 CONCORD, N.H. -- New Hampshire authorities say an escaped inmate with tattoos covering his shaved head, face, neck, chest, arm and hands has been arrested in Pennsylvania, three days after he failed to return to a halfway house.

The U.S. Marshals' New Hampshire Joint Fugitive Task Force says 42-year-old Eric Judkins was found at a residence in Howard, Pennsylvania, on Thursday night. He was arrested without incident, as was another man wanted on a probation violation.

Judkins, who failed to return to a halfway house on Monday night, was serving part of a 27-month sentence for assault on a fellow inmate in federal prison.

Authorities say the assault happened while Judkins was serving a 17-year sentence for a 1999 bank robbery.

Judkins was scheduled to appear in court in Williamsport, Pennsylvania, on Friday; it wasn't immediately known if he had a lawyer.