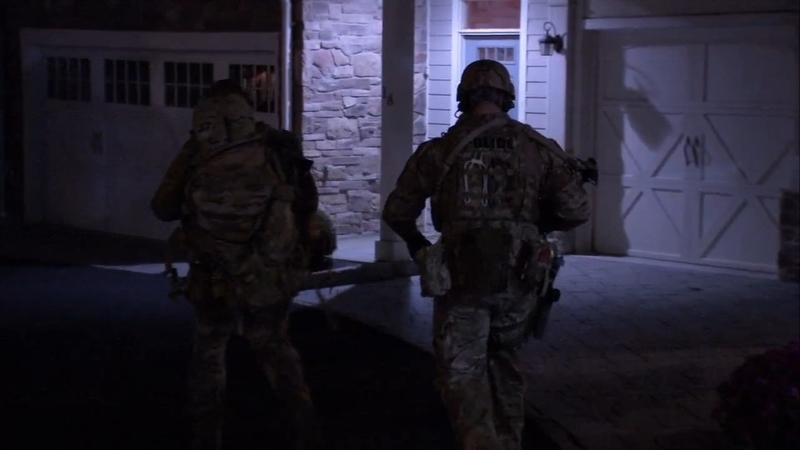 Residents were told to shelter in place just before 5 p.m. after a caller told 911 he was in a home on the first block of West Ferry Street and had a hostage.

"He said he shot his girlfriend, he had a hostage, he had an IED and was going to blow the house up," said Mike Cummings of the New Hope Police Department.

Police believe he was using the live Facebook feed from a nearby store to make police think he was in the house. They believed he could see their every move from the feed.

He threatened to shoot people at random if police approached.

"At this time we believe this was a swatting, and we believe somebody was playing a hoax and they were getting info from a live feed that was in one of the stores," said Cummings.

Swatting is when a person prank calls emergency services and armed officers or SWAT teams are dispatched.

The prank put fear and confusion into residents.

Some employees of the popular Logan Inn were told to evacuate. They feared there was an active shooter.

"When the employees were in the lobby we searched all the rooms, everyone came down," said Yuriy Stolyarchuk.

Police cut the live feed off and robots entered the home and found no one inside.

The residents of the home who were out of town were notified and they were safe and unharmed.

The caller had a blocked number and even called after police realized it was a hoax.

New Hope has never had something like this happen before.

"This is one of our busier days of the year, the town was just absolutely gridlocked," said Mayor Laurence Keller.

Officials don't know yet in total how much this prank cost the person responsible as they could have been calling from anywhere, but when found that person will face serious charges.