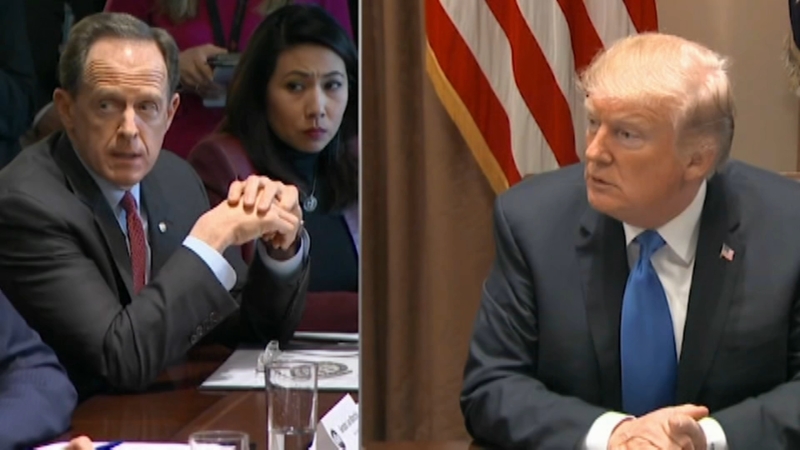 WASHINGTON (WPVI) -- Pennsylvania Senator Pat Toomey is hitting back at President Trump after the president accused Toomey of being afraid of the National Rifle Association.

The president made the comment during a meeting at the White House on Wednesday when Toomey mentioned a bill he introduced that would have strengthened background checks.

"I'm the Republican who stood up to the NRA, which, when I think they're wrong, that's what I do. When they're right I'll say they're right. I wrote the bill with Senator Manchin to expand background checks on commercial sales at gun shows and internet," Toomey said.

"I'm the guy who stood up the NRA, and it's pretty funny the President doesn't know that history," Toomey continued.