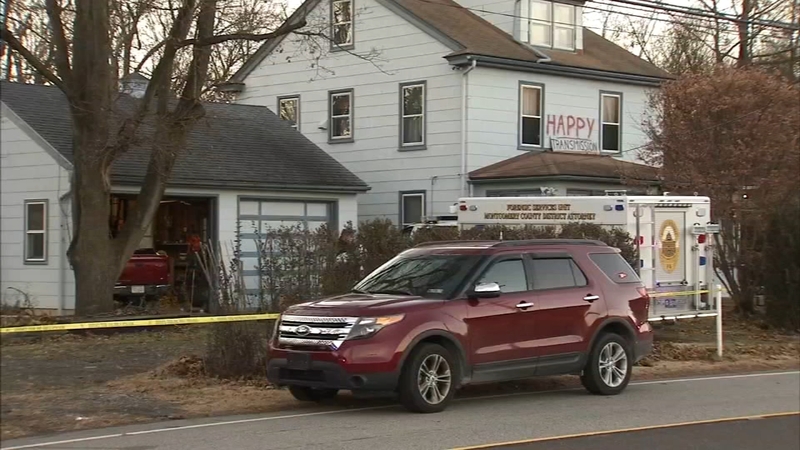 WHITEMARSH TWP., Pa. (WPVI) -- The bodies of two elderly people were found outside of a Whitemarsh Township residence by a postal worker Tuesday morning, according to the Montgomery County District Attorney.

Neighbors say they knew something was terribly wrong when heavily armed SWAT team officers descended upon a home on the 500 block of S. Bethlehem Pike around 11:30 a.m.

DA Kevin Steele said the postal worker discovered a couple in their 80s lying outside on the property.

Evidence markers were placed on and around the property, with particular focus on the garage.

Chopper 6 was over the scene of a homicide investigation in Whitemarsh Township, Montgomery County on December 4, 2018.

A large sign posted in front of the house read "Happy Transmission." A neighbor said the sign was in reference to a long-running feud the couple was having with an electrical transmission site across the street, a site they feared was transmitting some kind of electrical waves.

There is no word on the cause of death. The couple's death is being called suspicious, but is not considered a homicide by authorities, as of now.

Officials said autopsies will be conducted by the coroner's office.

The DA said the identities of the deceased are being withheld pending notification of the family.