A judge listened as lawyers battled over the school board's decision to abandon the universal mask policy in December.
WPVI
By Annie McCormick 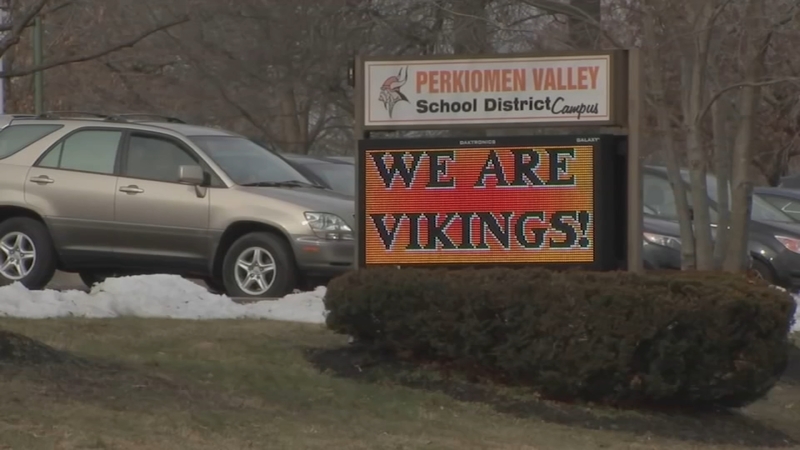 PHILADELPHIA (WPVI) -- After a day of arguments in federal court, the judge said she will issue a ruling Monday on the disputed mask requirement in the Perkiomen Valley School District.

Judge Wendy Beetlestone listened on Friday as lawyers battled over whether the school board's decision in December to abandon the universal mask policy violates the Americans with Disabilities Act.

Outside of the courthouse, parents and students who are opposed to the mask requirement quietly protested. Many sat quietly in the courtroom to observe.

"My son is in first grade and the masks have severely affected his face ... it caused such a rash," said parent Heather Hoy.

"I feel like it makes it more difficult to learn," said junior Nate Fisher. "I have a little claustrophobia and when it covers my mouth and nose I get anxiety."

In December the school board's 5-4 vote eliminated a mask requirement for the K-12 district and instead made masking option.

But, in late January, a federal judge granted a temporary restraining order to reinstate the mask requirement until February 8.

It spurred a brief walkout of some students at the Perkiomen Valley High School the next day.

The district said they respect the students' right to advocate for what they believe in. Students returned to school after 30 minutes.

Lawyers representing a group of parents and students - who are remaining anonymous - filed a lawsuit stating that the elimination of the universal masking requirement violates the Americans with Disabilities Act and Section 504 of the Rehabilitation Act, which prohibits discrimination on the basis of disability, for immunocompromised students.

Both sides argued over whether the options for immunocompromised students are fair.

Superintendent Barbara Russell testified for several hours about the school's health and safety plans, including mitigation efforts, and discusses the school's zero transmission rate this year.