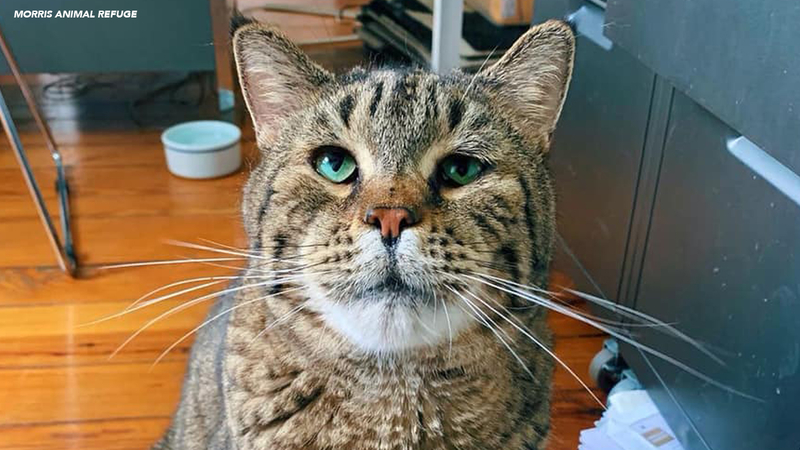 "He's very big-boned. His structure is very large. He definitely could lose some weight, but he's not massively overweight," said the development manager at the shelter Emmy Homan.

Mr. B had his picture posted to the shelter's social media and it took the internet by storm, getting thousands of likes and shares. That attention turned into a serious interest in adopting him.

She said the adoption staff will be working to determine who the right fit is for Mr. B, but she also gave some insight into who would be a good match.

He's two years old, does not get along well with dogs, "He wants to lay near you, but no necessarily on you," and definitely does not care about his Internet fame. "He needs someone that'll let him be the independent cat that he'll be," she said.

The shelter also has about 30 other animals who currently need to be adopted. "He's great, but only one family can take him home. We have a ton of animals here who would love to get some of that attention and get into a home as soon as possible," said Homan. She added she's hoping the buzz about Mr. B will translate into an influx of donations and adoptions.