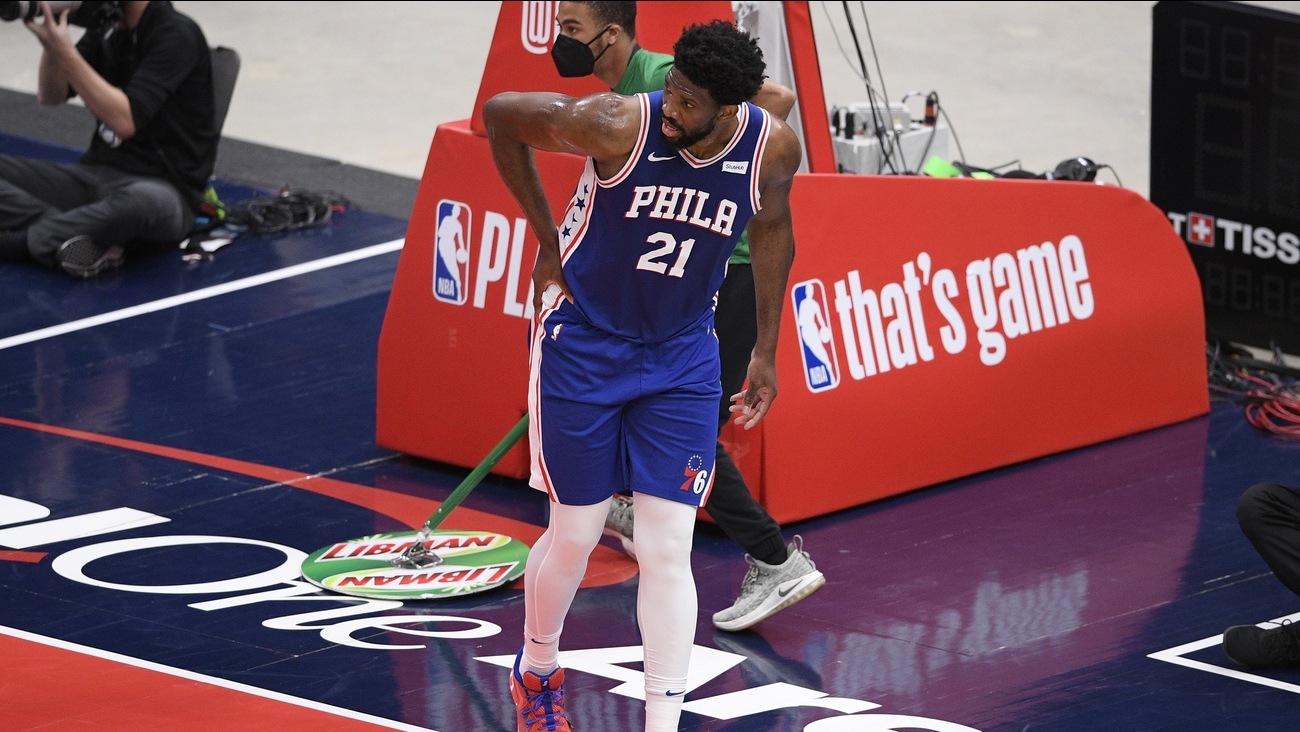 PHILADELPHIA (WPVI) -- It's the big question: is the Sixers shot at a championship now in trouble with center Joel Embiid hurt?

The Sixers believe they can keep this run alive until Embiid comes back from the small tear in his right meniscus.

"We have the pieces and tools to do it," said Sixers' star Ben Simmons. "We didn't have a full team the whole season. We know what we have to do."

For now, Ben Simmons and Sixers players are challenging each other to step up, as they did in game five to close out the Washington Wizards.

The challenge started Wednesday afternoon when Simmons and Seth Curry were playing the video game, Call of Duty: War Zone.

Simmons told Curry the team needed 30 points from him, and Curry told Simmons they needed a triple-double from him.

Guess what? Both delivered, and both were in the zone.

Curry scored a playoff career-high 30 points, and Simmons had a triple-double, which meant game over for the Wizards and now a shot at Atlanta in the Eastern Conference Semifinals.

"We don't have that choice," said Curry when asked if the Sixers can hold down the fort without Embiid. "We have to have that confidence. We can't feel sorry for ourselves and lose. That's not going to happen. We have a lot of confidence in there."

The Sixers are just four wins away from going to the Eastern Conference finals for the first time since 2001.

And while fans were chanting, 'We want Brooklyn' during Wednesday's game, the Sixers are not getting ahead of themselves.

Their focus is now on how they're going to beat the Atlanta Hawks in the second round of the playoffs starting Sunday, June 6. Game 1 can be see on 6abc.

"You get thrown this different challenge as a coach; you have to respond and get them to believe," said Sixers' head coach Doc Rivers.

The team does not know when Embiid might return, but it was a positive sign to see him working out before game five.