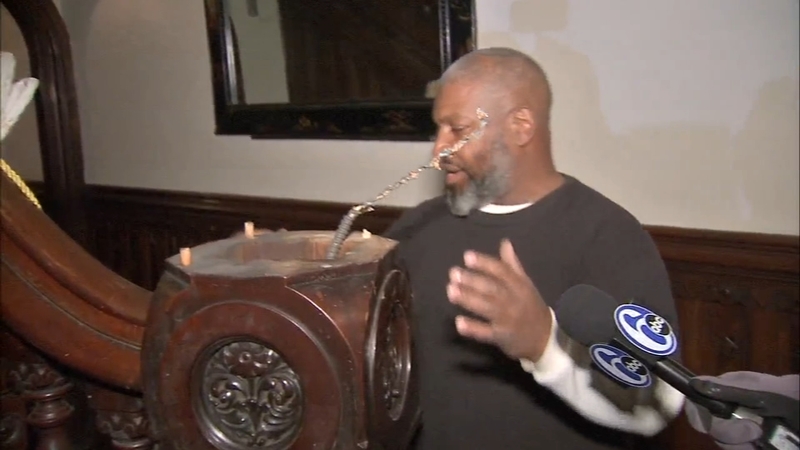 PHILADELPHIA (WPVI) -- Police are still looking for the bandits who broke into a North Philadelphia church-owned building and made off with some historically important and valuable stained glass windows.

The nearly eight-foot-tall pieces shown in the photos had been part of the Disston House since it was constructed in 1882.

"The stained glass, one of a kind and you never nothing like it," said Terry.

Terry says the thieves broke through a security door and a grate to gain access then began rummaging through valuables. "Brass it was right here," he said.

A century-old towering brass lamp on a staircase post was also stolen, and because of the building's historical significance, the FBI is now involved.

"We have a person of interest but we're not sure," added Terry.

Terry says he believes the thief may have previously been in this building which is known as the Unity Mission Church although services aren't held here.

Church members hope the windows are still intact and that someone will spot them and do the right thing.

Leaders are offering a $2000 reward for the return of the items.