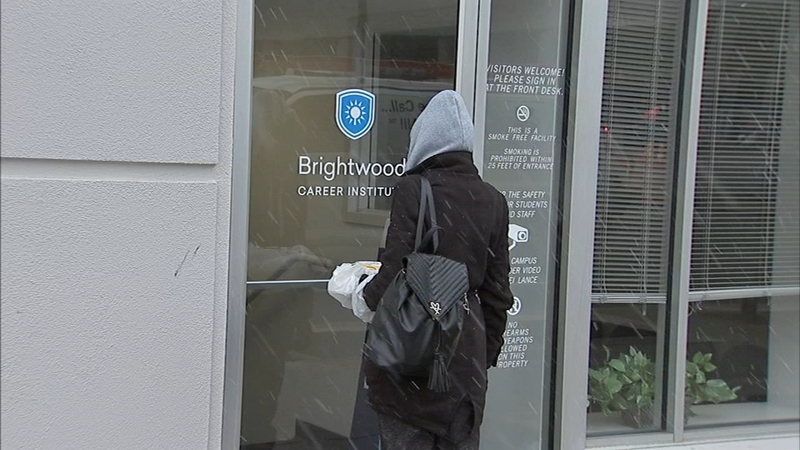 PHILADELPHIA (WPVI) -- Hundreds of students in Center City went to class on Thursday with the hopes of working toward a diploma but were later told to leave the building because their college had been closed.

"We don't have nothing," said student Stephanie Pierce. "Don't got nothing."

There was anger, bitterness and confusion at 30th and Market streets Wednesday from the students and staff at Brightwood.

The school offered diplomas in dental and medical assistance along with other support training in healthcare.

The school's website said the closure was due to financial reasons.

Most students had spent many months and thousands of dollars at the school.

"They said those whose last day is tomorrow can graduate, but we got to find somewhere else," said student Damonte Coleman.

"Sixteen thousand dollars," said Pierce. "They just came in the classroom. They're not telling us anything."

Many were given transcripts and told to vacate the building, with no guidance on how to get their money back or where to go from here. It was the same for Brightwood's instructors.

"I have no idea," said one instructor. "I just got the word today. They're not telling us anything."

One woman, identified by the students as the dean, would not give her name and soon had Action News ejected from the building.

One observer advised the bewildered students their best bet would be to contact the Pennsylvania Attorney General's office.

No other officials from Brightwood were available to speak with Action News, despite numerous attempts.