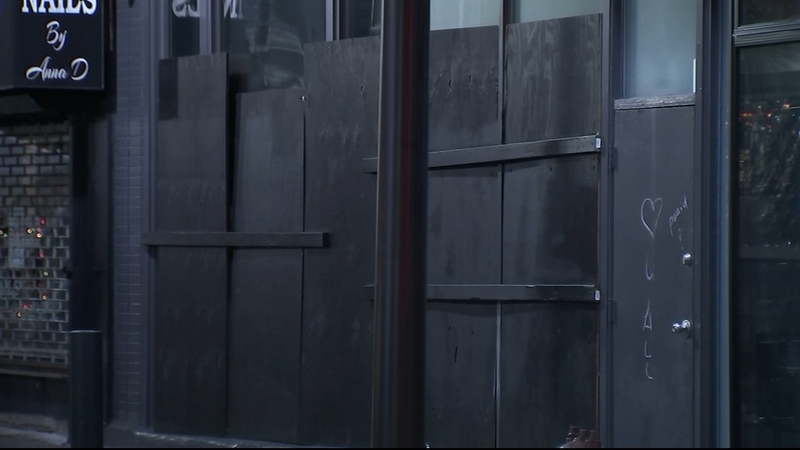 PHILADELPHIA (WPVI) -- A new report released this week is revealing the devastating effects the coronavirus is having on Philadelphia's Center City District.

Between February and December 2020, Philadelphia lost 68,100 jobs, and the hospitality, restaurant and retail industries lost 46% of their workforce, according to a report released by the Center City District.

But Michelle Shannon, CCD's VP of Communications and Marketing, says there's hope for a rebound. She says they just need more foot traffic.

"When customers return, when the office workers are back and the customer base comes back, we'll have a strong retail economy," said Shannon.

The CCD is also reporting 76% of restaurants and 56% of retailers that closed during the last year are indicating they're going to return. However, as of now, those industries have left a staggering 248 storefronts empty.

"Yeah, maybe it's a little different than it was a year ago, but we have still a thriving downtown," said Shannon.

She also says there is still plenty of interest in investing in Center City.

The pandemic and other factors have - without question - changed the atmosphere of the region's largest economic engine.

On Thursday night, we spoke with Rittenhouse resident Michaelene Barton near 16th and Chestnut streets.

"I've been here for about five years, but I will be leaving the city in a couple of months. The vibe is completely different," said Barton.

But we did find some shoppers at Five Below enjoying a night out.

"As long as everyone has their mask on and socially distanced, we should be OK," said Desiree Stokes of West Philadelphia.

Getting back to the way things were is an uphill battle, and consumers may have to adjust, just like the Oyster House restaurant did on Sansom Street.

"We got a lot of heaters. It can be 20 degrees out here and you can be really comfortable," said Steven Shellenberger, an Oyster House employee.